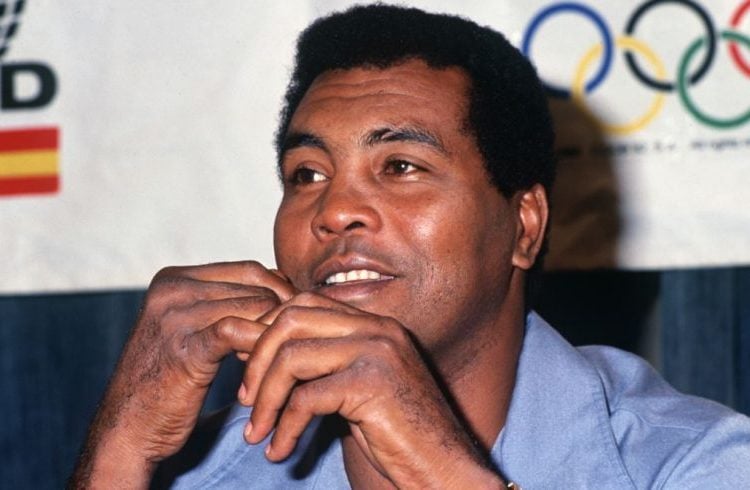 “Francis, you’re big for the fun of it,” the father used to say to the big kid, too tall for his age and acting like a child.

Those who knew Teófilo Francisco say that as a child he was vivacious, couldn’t keep still but was obedient and affectionate, and loved by his friends in the neighborhood of La Grúa, in Delicias, municipality of Puerto Padre in Las Tunas province.

With enormous effort his parents were able to celebrate his first birthday, surrounded by people close to the family; it was inconceivable for the firstborn to not have a party, although modest, thanks to the collaboration of the neighbors and friends. It was a simple party, but the child felt happy with it.

Those were hard years. The father was not working the whole year, he took advantage of the opportunities some comrades gave him to cover their posts and thus resolve the situation at home.

“I was Teófilo’s (father’s) goddaughter and I used to visit his home and take his small son to Cayo Juan Claro, where I lived; he was a very mischievous boy, he would never keep still. I remember that in my house there was a wooden tub full of disused clothes and he used to hide inside, but what’s most curious is that with a single hand he would drag it around, he also used to swing on a door that had wire netting, when he went home I was exhausted,” commented Elsy Staplenton Hunkins, a friend of the Stevenson family, who lived with them for a long time.

Esequiel Staplenton, better known as “Babá”, says that Francis was a kid with a lot of energy; he was very mischievous, but very obedient and respectful.

“When I arrived on my motorcycle I had to carry him on it, if not we wouldn’t leave alone, later I would explain that I had to leave soon and he would accept it. I remember that he used to play tricks on the other kids, but he never bullied them and much less did he let others do it with the neighborhood kids; one day a neighbor, who was almost his same age, quarreled with him and tried to pick a fight, he let him hit him and at the end of the fight told him; you’re younger than me, I can’t hit you. That was Francis or ‘Pirolo’, as people would also call him, he who years later would be a three-time boxing Olympic Champion,” says Esequiel Staplenton.

Very soon Francis understood that he had to help his father and that’s what he did, tending to the cattle every day with the responsibility of an adult, assuming his duties as the oldest son with the discipline and seriousness inculcated by his father, an immigrant from the Caribbean island of Saint Vincent.

“When Francis was born, his mother was seriously ill with eclampsia, but the baby came into this world very strong, robust and beautiful. I remember that as time went by he became a very vivacious big boy. Almost every Sunday they would visit us and he would spend his time throwing rocks, then his father would grab a branch from one of the garden’s plants and would hit him on the legs; but he was so affectionate that it was a delight being with him,” commented Emiliana Civil, also a friend of the world boxing monarch.

Xiomara Ramos Carralero was his fourth-grade teacher. She conserves in her memories, with unusual clarity, that tall, slim but strong boy who began school late as usually happened before the triumph of the 1959 Revolution. He was 14 years old when professor Xiomara received in her classroom the big kid, who always showed great interest in learning.

“He was very good, disciplined and eager; one could also see his predilection for boxing. His parents were very concerned and he respected and loved them, just like his siblings. He helped his father  a great deal wherever he was needed and then he would go to school. He was an excellent boy, humble, simple, kind and got along great with everyone around him.”

Francis was one of those neighborhood kids who used to run around barefoot, played ball, flew kites in his scarce free time due to the family obligations despite being so young.

“Ever since he was a child he liked to help; he ran errands for the neighbors getting nothing in return. He was eager and helpful. He never had toys or good clothes, but he did have a big heart which he shared with everyone,” his teacher recalls.

His family was so poor and the times were so difficult that they lacked the most basic things. During his adolescence, Stevenson slept on a folding bed that was too short for him.

Around that time he participated in a fight against an adversary from Havana, and he won the fight. Days later, after the fight, when the winner went to school, Xiomara, who was worried, asked him why he wasn’t happy, according to her, despite having won. He answered: “They didn’t pay too much attention to me, no one knows about it nor do they say anything.” The teacher, as if pointing to her student’s path, told him: “Don’t worry about that, you’re going to be a winner, you’re going to have a career full of successes….”