The island will be one of the 12 nations that will compete for one of the three places still available for the group stage of the main tournament of the Confederation of North, Central America and Caribbean Association Soccer (CONCACAF), which will take place in that U.S. city, from July 2 to 6. 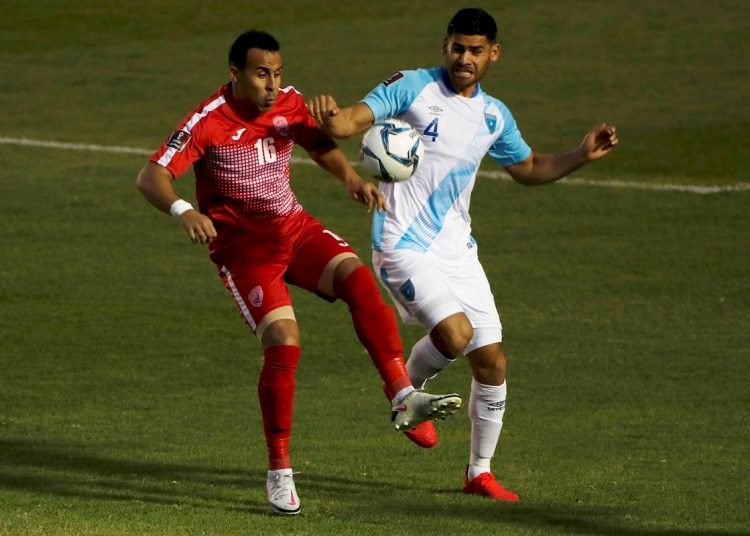 Cuban Joel Apezteguía (l) disputes a ball in a match of the World Cup qualifying round for Qatar 2020 against Guatemala. Photo: Esteban Biba/EFE.

After its debut in the qualifying round for the Qatar World Cup, in which it lost a couple of times, but showed a visible improvement in the game, the Cuban men’s soccer team will again be tested next July, in the 2021 Gold Cup preliminaries.

The island will be one of the 12 nations that will compete for one of the three places still available for the group stage of the main tournament of the Confederation of North, Central America and Caribbean Association Soccer (CONCACAF). It will be the first time that a preliminary round of matches will be used for this, which will have a direct elimination format and will take place in the U.S. city of Miami, from July 2 to 6.

The 12 contenders emerged from the 2019-2020 CONCACAF League of Nations, and as a result of the draw carried out, Cuba will face French Guyana first. If it wins, it must then defeat the winner between Montserrat and Trinidad and Tobago if it wants to win one of the three tickets to the Gold Cup, according to the Jit website.

The event, which brings together the best soccer teams in the region, is scheduled from July 10 to August 1 of this year in several U.S. cities. For the group stage, which will have 16 teams, Canada, Costa Rica, Curaçao, El Salvador, Grenada, Honduras, Jamaica, Martinique, Mexico, Panama, Suriname and the United States have already qualified, while Qatar will be the guest country.

In addition to the ticket that Cuba will dispute with French Guyana, Montserrat and Trinidad and Tobago, the other two remaining will come out of the matches between the winners of the Haiti-Saint Vincent and the Grenadines and Bermuda-Barbados duels, as well as those of Guatemala-Guyana and Guadeloupe-Bahamas.

After the draw, held last year, the national commissioner of that sport in Cuba, Oliet Rodríguez, said that the island’s team was in a position to “aspire to transit and achieve a fifth participation in the Gold Cups.”

In the most recent edition of the regional event, Cuba experienced a real nightmare when it lost to Mexico by a bulky 7-0, and later against Martinique, a priori the most affordable rival in the group, also by a 3-0 win.

Now, however, things could be different, thanks to the emotional and soccer injection represented by the call to some players who reside and play outside the island, a figure that could grow in the future. These soccer players, along with those who do live in Cuba but play in other countries, could be fundamental in the aspiration to qualify at least for the Gold Cup, since the chances of advancing in the World Cup qualifiers are very remote.

However, before the preliminaries, the Cubans will still have to face the British Virgin Islands and Saint Vincent and the Grenadines, in the final matches of the qualifying round for Qatar, at the beginning of June, games that could serve to oil the pieces of the team heading to Miami.