This is the first positive minor for the disease to die on the island. In addition, 959 new cases were reported at the end of this Saturday, with which the number of infections in April exceeded 10,000 and the total rose to 86,531 since the beginning. of the pandemic. 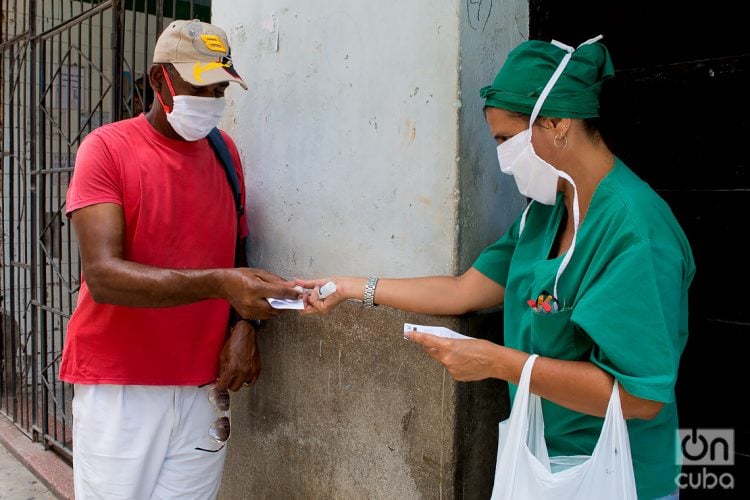 The Cuban Ministry of Public Health (MINSAP) reported this Sunday six deaths from COVID-19, including a four-year-old girl, the first positive minor for the disease to die on the island.

The girl suffered from non-Hodgkin’s lymphoma, for which she was hospitalized for treatment, as explained by Dr. Francisco Durán, national director of Epidemiology, in his daily press conference on the situation of the pandemic in the Caribbean country.

The minor’s antigen test was negative, but the PCR test was positive, the result of which was known after her death, the specialist explained.

The six deaths now reported—among them a health professional, according to Durán—represent the negative record for a day. With them, the island’s COVID-9 death toll since the beginning of the pandemic reached 459, 34 in the first 10 days of April.

In addition, 959 new cases were registered at the end of this Saturday, with which the number of infections in April exceeded 10,000 and the total amounted to 86,531. There were 847 discharges and 80,805 patients have already recovered, according to the MINSAP.

As for the new infections, 953 are autochthonous—922 contacts of previously confirmed cases—and only six imported, from Russia (3), Spain (2) and Mexico (1). A total of 410 were asymptomatic at the time of their diagnosis.

By provinces, Havana again registered more than half of the new patients (521) and remains the epicenter of the pandemic on the island. Matanzas also exceeded one hundred (106), while Santiago de Cuba (62), Granma (56), Sancti Spíritus (34) and Pinar del Río (30) are still in the red.