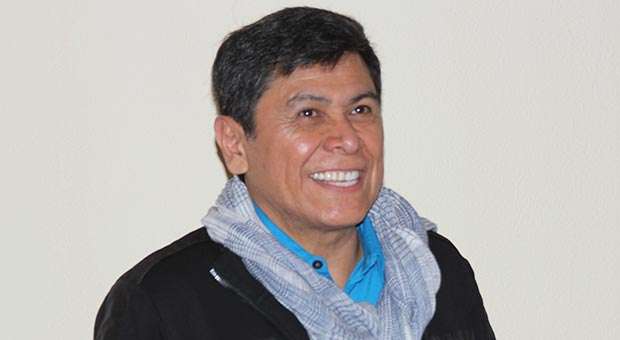 Álvaro Torres heard the comment that the tickets for his concert were for sale at 15 CUC in Cuban Craiglist ¨Revolico, ¨ that some institutions would grant seats to their workers, or simply that tickets were sold out and people were upset. His solution was immediate: giving a third concert on Sunday 15, at Lázaro Peña Theater.

Sources close to the artist release OnCuba on h is determination to perform for an audience that he has described as “the most fallen in love of the world”, but the availability of the theater and the opinion of the authorities still had to checked. But a recent email from the Cuban Institute of Music has just confirmed the implementation of the third concert.

According to the note , tickets for this concert will begin to be sold next Friday 13, starting at 10:00 am at the theater itself. The move prevented a riot, because Álvaro Torres draws large audience in Cuba, who did not want to miss this unique opportunity.

The night before a crowd gathered in front of the theater near Belascoaín Street was demanding an explanation on the impossibility of purchasing tickets. “My parents conceived me hearing Alvaro Torres, I grew up listening to Alvaro Torres, I have made girls to fall in love with me using the music of Alvaro Torres and above all my birthday is on Saturday… and I can not buy a ticket” a young man angry said.

In turn, before the rumor that tickets would be distributed by agencies -as it has happened with other events such as the game of the Orioles in 1999 – some housewives angrily protested. A pair of patrol cars arrived, just in case, because nothing happened in the end.

However, Alvaro Torres and his team-almost all are Cuban musicians, found it out and immediately offered the variant for anyone to be left without hearing him. He could not do less; he has received so much love here. In fact, the Salvadoran contacted the historian Eusebio Leal for a guided tour of the old part of Havana.

So far, the interpreter of classics like “Sencilla y Bella” has felt like in home in Cuba, and sang his hit “Chiquita Mia” to a girl during a special performance of La Colmenita Company. Proof of the consideration given to his visit by Cuban musicians is that he will sing accompanied by the National Symphony Orchestra conducted by Maestro Enrique Pérez Mesa.