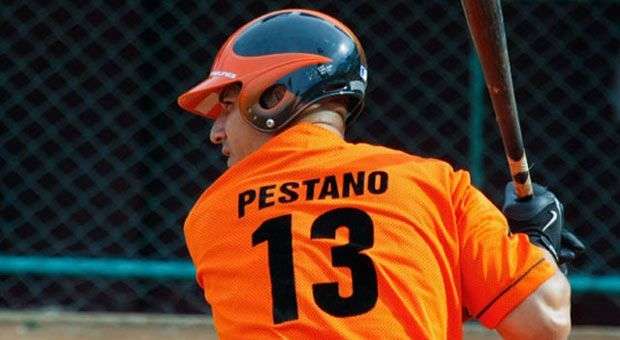 The star catcher Ariel Pestano Valdés from Villa Clara has been hired by organization of Piratas de Campeche to play in the Veracruz Winter League. As indicated by the official website of the Mexican professional club, Pestano will play with the Industriales de Coatzacoalcos team, in what will be the first foray of a selection of the Campeche entity in that tournament, which will feature the participation of other 7 teams, and a calendar that in his regular stage has projected 62 games for each team.

Statements from managers recognize that “The recruitment of the Cuban international player… considered one of the most brilliant and skillful catchers to handle the pitching staff will be a cornerstone in the young pitchers who will be playing with Coatzacoalcos…” Definitely, the arrival of Pestano reflects the strategy designed in a little over two years by the club, which seeks to restore the competitiveness of the Piratas by developing the pyramidal structure from its base and sustained by local talent.

A key in this process has been the fluid exchange with the Cuban Baseball Federation, from the presence of the island coaches at various levels that make up the structure. In particular the pitching area benefited most, with input from recognized figures in Cuban baseball, including Pedro Pérez, Juan de Dios Peña, and former pitcher Orelvis Avila and Elizardo Guillart. Parallel to this, the entrance of Pestano into that organization represents our fifth signing players after Pinar del Rio Pedro Luis Lazo broke the ice, and last season with the senior team Michel Enriquez, Samon and Alfredo Yordanis Despaigne tried their luck.

The news has not been without controversy since it began circulating the web. The cause once again placed our Cuban Baseball Federation in the center of the storm and all the “bickering” in which has been embroiled in recent times, by the way they socialize (or not) good part of the information related to the daily life of our national pastime. All of the statements made by President Higinio Velez, just four days ago, in which he claimed to Prensa Latina news agency that “we have not had any contact with any professional team agents”, following alleged approaches from managers of a team of the professional Mexican Pacific League, Cañeros de los Monchis. Velez also added that: “The insertion of Cuban players in professional leagues is a possibility still under study, especially now that we are discussing the experiences gained by the presence of players from the Island in the Piratas de Campeche “.

It is logical that many are wondering now over whether hiring Pestano is associated with some new form of self-employment, if that was agreed in a matter of hours, if the Las Villas player is an outlier for X reason , or if it is part of those well-guarded baseball secrets from the press, and the people in general, who ultimately succumb to the inevitable push of new information technologies. At least the official website of the Piratas de Campeche highlights, dated September 2 this year and included graphic testimony, the meeting held in Havana by both parties in terms of “… Winter Activities in its various branches and Development Projects and the Next 2014Season MBL.”

Well, I guess we’re all happy with the departure of Ariel Pestano to Aztec lands, and in unison, wrapped for the umpteenth time in this great aura of mystery that accompanies our baseball lately.