Natasha Vázquez
in Technologies of Communication and Media
1 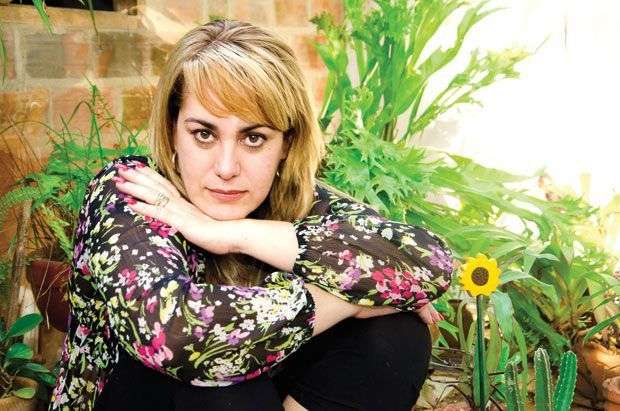 She can’t walk down the block without being stopped at least 10 times… Meanwhile, there is no taxi or “almendrón” (classic American car driven as a cab) driver who would not happily take her right to her doorstep, something that is not always easily accomplished in today’s Havana. While some describe her as the “new face” of Cuban cinema, one thing is certain: Blanca Rosa Blanco can be seen in many of Cuba’s latest films and in other audiovisual productions. This prolific, successful actress is featured in Pages from Mauricio’s Diary, is a winner in The Booby Prize, plays the game in Habanastation, and flees from zombies in Juan of the Dead, to name a few. And as if that weren’t enough, she also teaches classes, has tried her hand at directing… and more.

I am trying to reorganize my life in terms of time; I’m realizing that I need eight hours of sleep. It’s taken me 20 years to realize that! For a long time, it’s something that you’re not aware of, because you have to study, work and prioritize other things. Now I’m rethinking my priorities –family, home– without giving up on work.

I’ve had my share of rough times –my father’s death, my grandparents’ aging, my older sister and her children moving to Spain… inevitable, painful separations. Now I look back at those events and I hold on tight to those who are close –my son, my mother, my brother, my partner. Every minute of my free time is for them; even when I’m at my limit and I know that when I get home I have to have to study for the next day, I make sure that we eat together and that we listen to each other for a while, laugh, argue, plan a vacation –something that is totally new for me. Learning about different cities and cultures is utter enjoyment for me, as is reading a good book, watching movies… and dancing!

I would like to know what it’s like to have a normal day, but my days have the charm of always being different. I never know where I’ll be tomorrow, how I’ll spend my time, what the house will be like where I’ll film. It is an everyday exercise in discovery, and I really enjoy it. In constantly meeting different people, and I am nourished by their stories and their conflicts.

Once a year I organize a big party at my house. I live in a neighborhood on the city’s outskirts, San Agustín. On that day, I make a giant paella on a charcoal grill; my friends and family come over, and it has become the official menu, ha ha. Luckily, I always have something to celebrate. I was born in this area, and I’ve lived in this open-aired temple since I was four years old, along with our dogs, cats, fish, avocado and mamey trees, guavas, mangos, bananas, orchids, ferns and the smell of earth in the morning. These things, big and small, fill spaces for me; other spaces are filled with constant questions.

My most complete and, in the end, imperfect accomplishment is my son. César is like his era, the one he is living in today; we are going through adolescence and learning together every day. I am confident that he will be a good man, with all of the virtues that we mothers aspire to. He wants to be everything: a musician, computer programmer, physics professor… the important thing is that he never stops dreaming. I am never going to take away his dreams.

You can’t always choose your characters; there are stages you go through. Now I can decide when I want to do a character or not. I am always trying to put myself in my characters’ shoes, and there is always a moment of fiendish possession involved.

New face? The so-called faces of Cuban cinema have been icons, and if there is a new generation and I’m part of it, then I am indebted. I am where I am because of them, and it would be wonderful to be seen as part of that history some day.

I’ve filmed in Spain, but I would love to make an Indian, Russian or French film, each of which has its own hallmark. It is an interesting experience; it allows you to understand our place in the world. Cuba’s case is unique, because we have that damn circumstance of water on every side, as the poet says. I know a lot of actors like me who could be part of and learn how to work in a system like Hollywood, for example, even though it might seem so distant. So, if some day I am given the opportunity, I think that I would use it very well.

At the [Film] Festival in Michigan, I did not expect people to know who I was, but Michael Moore did know who we were, and it was very funny when he introduced us. He said, “I would like the Julia Roberts of Cuba to come up and receive the prize.” It was really exciting to have somebody consider my work as similar to that of a Hollywood star. Our cinema still has a way to go to be recognized in the world, but that’s beginning to change.

Being Cuban means not giving up on being authentic; out there in the world, it makes a difference when you keep being yourself and express yourself as you are. You have to learn how to be part of the world and how to be able to compete and win, but without losing your roots. That’s when we realize that Cuba has a place in the world –we’re not so far away.