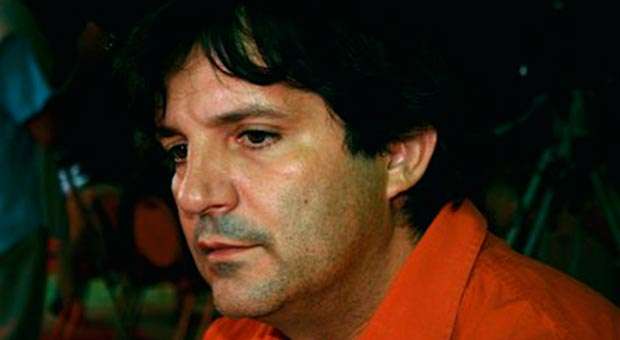 Filmmaker Arturo Sotto defines his latest work as a Renaissance painting by Bosco. We are talking about Boccacerías habaneras, one of the two Cuban feature films to compete for the Corals in the 35th edition of the International Festival of New Latin American Cinema.

Inspired by stories of the Decameron, by Giovanni Boccaccio , the film consists of three separate stories, linked by a central plot: the room of a writer who lost his muses, where people come to tell their experiences aspiring to become literary characters and profit from this. La historia del tabaco, Los primos and No te lo vas a creer are the stories that make up the film.

Each of them has its own visual style and achieved thanks to photography and other cinematic elements that compose them. Nearly fifty actors play the various roles and the locations are well filmed, from a circus to a cigar factory, just to mention a few examples.

Arturo Sotto also performs in the film, something that was not as complicated because he is a graduate of Performing Arts in the ISA. But of this, he chose not to mention a word, rather be seen without clarifying or justifying anything about it, though he spoke to OnCuba on other details while finalizing some sound editing of Boccacerías habaneras.

What does the Decameron have that lets it extrapolate to our daily lives?

It is still a very cool work, although many of the irreverence and amatory adventures in the text seem naive today. There are themes and characters that do not lose their dramatic and reference values in our everyday life. If you think about it, almost all telenovelas produced in Latin America are held in the universality of Shakespearean conflicts or representations of the types of Moliere. Like Pablo Armando Fernandez would say in the darkness of our 1970s “classics enlighten, contemporaries confuse “.

The pretext of Boccaccio, rather the narrative contrivance of the Black Death, was the need to focus on a group of people to tell stories, as simple as that. In fact people barely speak of the plague. I’m not looking for excuses or pretexts to talk about our reality, I live and suffer, literature and film becomes a sort of exorcism teeming with creative anguish, amusements, uncertainties and satisfaction, a network that looks like the result of a elusive process.

The film from the beginning changed its title several times why did you select this?

You mentioned a while ago the Decameron habanero project; initially we were going to be three directors who had their own stories. Finally, the project resulted in two feature films, Jorge Perugorría made Se Vende , and some time later we had our chance .

As one of the stories is not inspired by the Decameron, although it is in spirit, I baptized it as Boccacerías mias (production title), ultimately it was a personal vision of the work of the Italian writer. But the city was marking its presence, from the first shot to the last.

Havana was not just a stage we were using to tell stories; it was also the origin and end of all the characters she created. I tried to outrun the adjective, which looks like a commercial designation of origin, but my love for the city won at the end. Then Boccaccerías habanera was it; it felt more authentic. “A name more than just a name is a destination,” a friend told me.