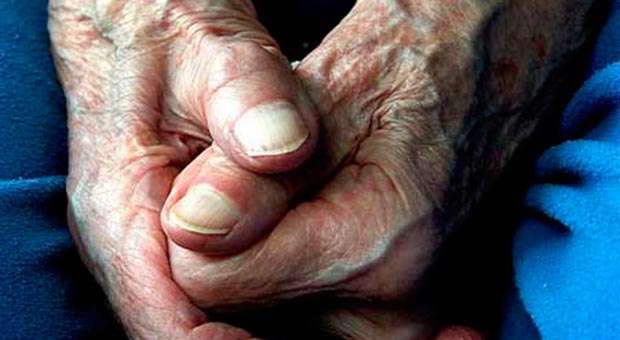 Cuba is a country where fewer children are born and the proportion of people 60 years and over experienced a progressive growth. According to statistics, this is one of the major trends that distinguish the demographic dynamics of Cuban society. A reality that places the island among the oldest countries in Latin America and its sustained pace will make it, within about two decades, the nation with the highest rates of population aging on the continent.

If half century ago only 6.9% of Cubans exceeded the six decades of life, in 2012 – according to data from the Census of Population and Housing, that figure rose to 18.3% and is projected to increase continuously as part a process that has its main trigger in the low fertility levels, combined with high life expectancy and the impact of migration flows in the composition of Cuban society and its demographic structure.

For the country’s economic policy, the rising trend in the proportion of the number of seniors represents one of its most pressing challenges, not only for its impact in the areas of production and services, safety and welfare, but also by the irreversibility specialists attribute to aging.

“There is no evidence that countries which have entered into this process recede“Dr. Grisell Rodriguez Gomez, specialist Population Studies Center at the University of Havana assured OnCuba. Once started, it becomes a no return process involving several challenges from the economic point of view, he says, “because they affect labor resources and the amount of dependent population “, besides generating services sectors of health and recreation.

As he acknowledged, “all must think in that sense, even the type of clothing that is sold in our stores, but in the end we don’t have to see it as a negative, because this process is the result of actions to further development. Challenges are imposed only to be taken into account. “

Projected demographic behavior of the Cuban population by 2030 can confirm that the increase in the volume of people 60 years and over , together with the decrease of the population under 15 years , inevitably have an impact on the economic development of the country.

One of the main dimensions in which this is evident is the size and composition of the labor force because, before this phenomenon of aging, the number of post- working age has been gaining ground, while reducing population in pre- labor age.

According to studies by the National Bureau of Statistics and Information ( ONEI ), the no guarantee of replacement of the economically active population affects the number of people who could participate in the production of goods and services and increases the burden or economic dependence on it, as more and more people who do not produce should rely on those who do .

According to what the economist and professor Teresa Lara told OnCuba, “Official figures from the Statistical Yearbook of Cuba, published in 2012 by the ONEI, indicate that 50.6 % of the total labor force is between 40 and 59 years (6-25 years to retirement). In addition, from 2008 to 2011 remained stable for every social security beneficiary there were 3 workers. According to these data, the current employment situation can still sustain the increase of people over 60 years. “

However, going forward , the behavior of demographic indicators suggest that the process of population aging Cuban society is going through will cause, increasingly, the increased volume of people who can be potential beneficiaries of the Security Regime and Social Assistance, with the consequent impact on the state budget .

Given the influence of this demographic trend in the declining of people arriving to working age and the availability of human resources , the People’s National Assembly , held in 2008 , adopted the Social Security Act 105 which established , among other provisions , the extension of the retirement age ( 60 years or more for women and 65 or more for men ) .

Lara ensures that the application of this measure increases the number of employees who contribute their social security contributions. However, she states that it is also necessary to develop a set of other actions to ensure the incentive for work , increased production , reduced labor mobility , wage increases , restoring purchasing power of the Cuban peso as the currency national , and attenuation of migration (rural -urban ) and the emigration of skilled population of working age.

“In short, he says, the challenge of sustained increase in population over 60 years for the island’s economy in the short term, it is more comprehensive than those just five years to postpone retirement. It is essential to undertake in an inclusive manner a group of affirmative actions to provide results to address the aging population. “

Alternatives that can’t be postponed

Recognizing the impact of this phenomenon in the current economic scenario seems to be the first step to articulate strategies to cope with an aging society that tries to increase its productivity without sacrificing its social achievements.

“The aging of the population has no solution, it will happen and you cannot change it in the short term (…) Society has to prepare for aging,” Cuban Vice President Marino Murillo told lawmakers in July 2012 (2).

A year earlier, the Guideline 144 of the Economic and Social Policy of the Party and the Revolution in the domestic recognized the need to pay attention to aging and stagnant population growth, and implement a set of actions based on the demographic trend.

In correspondence with the challenges that entails, for this year it was included in the Plan of Economics to appropriate 58 million pesos that supports 30 measures focused on care for the elderly and stimulate the birth rate.

Such measures include, for example, the maintenance and repair of day care center, grandparents’ homes and nursing homes in coordination with local governments, as well as the health examinations once a year to older adults, purchase and production of prosthesis, walkers, canes, collars and wheelchairs.

Also, in September this year, the Council of Ministers, chaired by Army General Raul Castro Ruz, approved a set of measures that provide for the implementation of strategies related to the care of the elderly, one of the main difficulties with the rate of current and future aging of the Cuban population, the family faces.

Among them, Muril lo mentioned the development of a program of repair and maintenance of Grandparents Homes and Nursing Homes and recovery and completion of furniture, and the removal of architectural barriers.

As he acknowledged, the current demand for these institutions [1] is superior to the existing capacities and they are more limited for the elderly with disabilities, to which are added the effects on the quality of care, by construction, equipment, furniture and staff problems.

Given the need to alleviate this, during 2014 they will put into service, experimentally, Grandparents houses for people with disabilities in several provinces. Moreover, in the period 2013-2015 they will create new capabilities in Grandparents and Nursing Homes, depending on which, he said, should be developed projects characterized by their functionality, durability, rationality of space, low investment and operating costs, and rapid construction.

Similarly, it will promote and encourage the bond of the non-state forms of management for the provision of services to the Grandparents and Nursing Homes.

So, once you improve the living conditions and quality of care in these institutions, the subsidy will be reduced by paying for the service. In the case of the elderly after socioeconomic research conducted, proving the lack of income, or who receive low pensions or have no relatives to care, Social Assistance will assume full or partial payment of that service, he said.

Thinking of an aging society

According to Lara, caring for the elderly, which requires people available or willing to exercise this care and are mainly family members – usually women of working age – is crucial “to the Cuban economy can face from the welfare of society the challenge of population aging.”

Although the announcement this year of a group of short and medium term measures related to that population trend suggests that the subject receives priority attention, Lara warns that they still need to “update the National Programme of elderly care and reformulate the pact between the state and society. “

The specialist says that “the State shall ensure and support the most vulnerable people, but society also needs to be more responsible in taking their own budgets and the emerging non-state sector can contribute to the solution, because you can forge alliances with state institutions specialized in elderly care, which would facilitate the use of installed resources and capacities “.

As she recognized, the economy as a whole is undergoing changes, as this is an inclusive process, and is therefore essential “to produce more and better in all economic sectors , expanding the investment process , ensuring the production of fortified foods , improve services health and welfare, and raising awareness about the knowledge of this subject. “

According to Dr. Grisell Rodriguez, they also need to work on issues of coexistence of several generations and stimulate the development of actions on dissimilar services, as the cultural, health and education or training alternatives for these ages, actions that, overall, should be thought to correspond with the challenges of an aging society.