Eileen Sosin Martínez
in Among numbers, Economy and Business
0 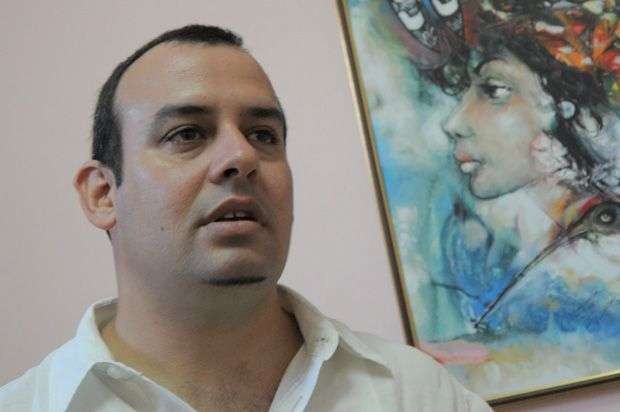 “If we look at the concept, culture is everything and, therefore, the economy is also part of it, and vice versa. They have such a direct relationship that becomes very attractive field. “Johannes Abreu , PhD in Economics and Art industries specialist , explains on how cultural issues have become of key interest for him.

In his view, the communicating vessels between the two spheres claim that the current transformations are carried out in parallel, integrated and balanced way.

How can you see them, what would these industries of art in Cuba be?

That is related to the social function of goods and services derived from this type of production, with how people see social transformation from artistic expressions. Craft industries have to do with the whole process, from creation to consumption, and what happens there in interests and decisions of all the players who are participating in them.

We see industry as a union of functions that use certain technologies to meet certain needs or consumption. It is a global concept that applies to anything, not synonymous with excessive commercialization or industrialization, ie, even if the process is of a social purpose, they are industrial processes.

In Cuba there is a complex of organizations, formal or otherwise, that are part of this industry. Because it is the artist, but there is one who provides materials or instruments as well as art vendors and those who consume it. It gives a complete production chain, there are buyers and sellers, and from that we can declare the existence of an industry in the visual arts, music, literature…

You’ve said before that artists take double condition as creators and entrepreneurs; how does this duality work?

The art, by its very essence, is born inalienably linked to a creator, and that, in economic terms, is ownership. When there is appropriation the subject is owner, so that he feels participating in this process and therefore he can become an entrepreneur. That happens anywhere in the world, regardless of what is established or regulated.

The creator it is for something, for someone, who recognizes and values it, which results in social status, which is also promoting his work. That person has to eat, dress, and that makes him an economic actor. In essence, art is also a form of work and therefore an economical way.

The artist begins to learn how to make his contracts, how to negotiate, how to build a network of relationships to have spaces to spread his work, because if it is syndicated, it is not valued. So he unfolds in this dual condition. From the scientific point of view we see this as a process of integration, which puts the creator in a position to decide at all alternatives.

Does the private sector in the field of culture can become the competition for institutions? What confluences and / or tensions might exist regarding cultural policies?

Culture, as a field of expression, identity, is the interest of the State. That is embodied in art. There are the experiences of liberal states in the culture, or the States which protect it: you see how heritage is lost, there are things that somehow get misshaped and others that remain.

I think that understanding that this is also an economic area, we must have a set of economic policies within the cultural policies and dialogue with the competent bodies linked to other regulations, in order to balance the processes.

I think the expansion of self-employment activities and participation in culture come to contribute, not to diminish or to compete, or bring conflict with anything. Where it is competitive to use, it must be done, where it is productive for culture that generates positive cultural spaces, we need to use them.

Now, we should look for many ways, for me, more from the economy approach than from culture – to couple well these processes, in order to avoid “leaks “. What there is to achieve is convergence, understanding, not antagonism.

In the current context of economic, do you think that is possible or necessary to have cultural cooperatives?

Why not, but it has to be precisely done where they are needed and applicable. The cooperative is a type of complex economic organization, which involves grouping of common people and agree on many things. Then, it must be established where more structures that are in conformity with the company or self-employed, where there is a person who somehow leads.

But they are necessary, and there are spaces where they could be implemented. For example, sound services, infrastructure, those related to information technology, legal issues, design … they can be complex and interesting cooperatives. Not only have national impact, but also internationally, and that would be an opportunity. Supposedly in all sectors there is room for all types of economic organizations, we should specify only what is needed.

In your opinion, can culture be inserted into the country’s strategy regarding the export of services?

Yes, but be careful. In the export of cultural goods and services we cannot be carried away by any economist approach, because we would be doing the same as the transnational corporations. This is, overwhelm the country with all that is being generated, saturate communication and attack all markets. That is, what you want to impose others against their own culture, and that’s not right.

Then export is associated more with the demand, must be seen more as a cultural exchange: where required, who wants to recognize us through our arts, who wants to evaluate this process. If on such a path there are contractual application possibilities, then we will welcome goods and services as export.

That doesn’t mean we don’t need to work to promote those values out of our national territory, but always with respect, with the prospect of bringing ours to the other’s culture, and that other we also have to know.

What should the ideal regulatory framework for culture be?

There is no possible regulation for culture, because it is part of the identity, is in the development of society itself, as a way of driving the development. Now, the production and management process itself may have incentives from regulation.

For example, one musical product that is linked to a group of patterns outside the cultural development paradigm can be regulated from the tax point of view, in communication, production … there are several ways, somehow mitigate this phenomenon; but that goes beyond music: it involves education, the family structure Cuban society has.

We must regulate then how one self-employed who owns a cultural center works, how we free management process for artists later create alliances, in and out of institutions. But no culture as such, or creation either.

It is said that cultural production is a very dynamic economic sphere globally; that regardless of the crisis has positive and growing numbers; how is it in Cuba?

According to the National Bureau of Statistics and Information (ONEI), we have a 4.3% of GDP that belongs to culture and sport. Compared to many Latin American countries and some of the north, is a significant number. But when you look at the explanation of the figure, they are short of what they could be. In other words, there is much to build from the point of view of statistics on the contributions of culture to the national economy.

But it becomes an economic sector with features of the two types: it can be procyclical and countercyclical. Procyclical means moving with the cycles of the economy: if there is a crisis, organizations and states give far fewer resources to art, therefore, there are many entrepreneurs who are unable to carry out their work.

However, the crisis is a time of reassessment of life, of what society we build, where we went wrong. That is due to economists, but also artists. Then there may be an explosion of creativity from the point of view of the arts, just as the human spirit, broken by material shortages, needs more of spirituality. Thus there may be far fewer resources to do so, yet more creativity and more need to consume it.

In Cuba it comes to key sectors turned- “locomotives “of the economy, such as tourism Does culture could become one of them?

Yes, because we assume that we have a vast potential, but that goes along the context of realization. The changes in culture we make have to go in parallel with changes in the economic sphere of the country. That must be balanced. But the strategy is precisely the amount of potential, and there is much, much creation.