History of the large earthenware jars

synaley
in Technologies of Communication and Media
0 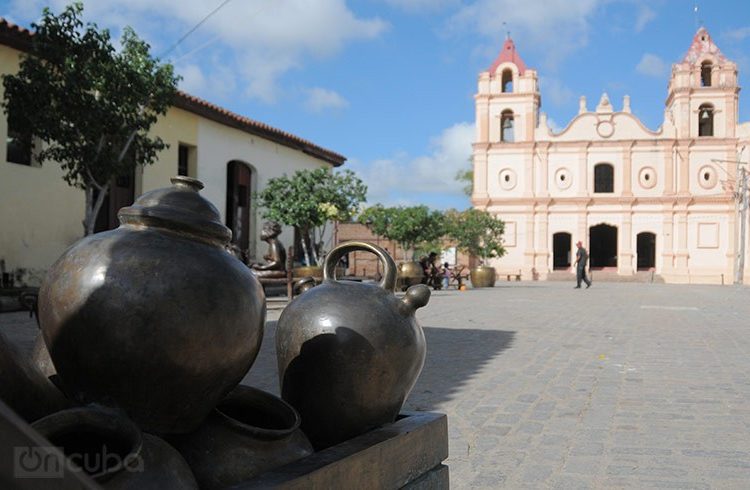 They say that the traveler who drinks water from a Camagüey tinajón (large earthenware jar) stays to live on that land. For sure, the phrase has become a myth, which is transmitted by word of mouth. It remains though Camagüey city you visit and corroborate that there is no longer an overwhelming number of these containers in the houses.
However, behind the expression there is a fascinating legend. Fernando Crespo, a researcher at the Office of the Historian of the City of Camagüey, proposes to reveal it for OnCuba readers.
Crespo notes that this peculiar vessel is wrapped in 500 years of history, from the founding days of the former village of Santa María del Puerto del Principe. “When the settlers crossed the region they should bring containers to store food and water. The Spaniards, taking advantage of the relation of indigenous culture with clay thought of modeling these pots as larger containers for storing water and other things such as oils, grains …

“That way we can begin to talk about the history of tinajón and not from the seventeenth century when it was mentioned in the literature that there was a first container, and that they took some of them to the island of Jamaica. For, without doubt, the tinajón must have had an embryo a little further back in the sixteenth century itself, not only in Cuba, but in Hispaniola that was where the first settlers came from.

“In the historical region of Camagüey , the aboriginal name, or Puerto Principe -the given by the conquistadores, it is known that from the seventeenth century, when the town was established among Hatibonico, Tínima, San Pedro and El Güije rivers there was a great need to conserve water. There was no sewage and jars were a solution to retain the liquid.

“That water that is preserved in the tinajón is fresh, crystal clear. It was transported through a metal chute into that container located under the ceiling canopies in the courtyard of these primitive homes. Then, to store the water in kitchens this big jars were used. In the latter they used to put a limestone to purify the content and thus make it drinkable.

“Many poets have written to the refreshing water from a tinajón because, as happens now with coffee, at the time people received the visitors or the man from the countryside with that liquid. That was what motivated Camagüey poet Aurelia Castillo to spend a few verses to it in the nineteenth century.

“The tinajón we also presented as a figurehead of their colonial homes as it was complementary to all its ornamentation. The fact is that from the artistic point of view this is a beautiful piece. His designs can accentuate the belly – “the paunchy,” as Nicolas Guillen would say; also there are some in the shape of a screw, and then we have the narrow ones …”

How many of these vessels could they use in a colonial home?

Between one and six. It was a domestic piece for home use. And then, as the culture was splashing all the details of Camagüey social life, they filled public places, such as in avenues -there are precious jars on the street that crosses the territorial seat of government or in buildings of architectural significance as Mayor General Ignacio Agramonte Provincial Museum “.

Apparently an art of making them was developed. Could you clarify us which craftsmen excelled in this job?

The tradition comes from the conquerors, as I said earlier. We have a number dating from the eighteenth century, which indicated that there were more than 60 tile factories surrounding the villa for those years. Not only jars but bricks, floor and roof tiles were made. But there are many masters who have left their mark on the water storage containers. They were Hidalgo and Areus families in the nineteenth century. The latter left curious marks to distinguish the pieces that were made in leap years.

“The tinajón in Camagüey became a culture, an expression of handicraft, folk art. Its secret to manufacture was passed down from family to family. So that wisdom was exhausted by the twentieth century. The craftsmen died and their children were devoted to other occupations; thankfully, there are still some left in the city, as the maestro Miguel Báez, or talented sculptor Nazario Salazar Martinez.

“We really don’t have as many as the 16 483 the city had in 1900. That amount was counted in the urban area. The tinajón has a history; it’s all an honor, a motive of pride for us.

“When the King of Spain, Ferdinand VII, gave Camaguey the title of villa, on November 12, 197 years ago, highlighted the architecture of the city, the features of its inhabitants and the timbre of illustrious families. However, the king forgot the large earthenware jars. But they are there, asleep in the corner of the city buildings, to defend our identity. “

At home of the Cuban physician infected with Ebola