Daniel de Malas
in Technologies of Communication and Media
0 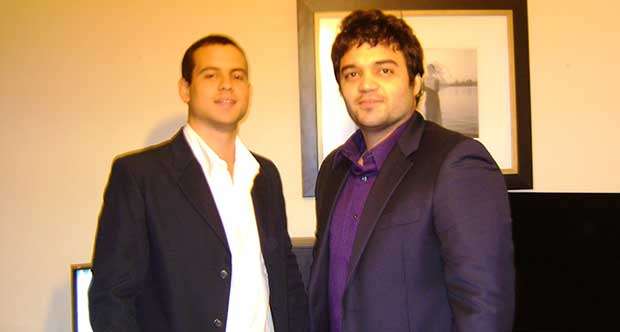 The Cuban baseball is looking for options to bring it back to the present century, after most of the usual formulas demonstrate that the delay and the downgrade are plunging it into the dark waters of modernity, where living out of memories doesn’t please fans.

Statistics and their use, or rather the outdated statistics and their misuse, are one of the real weaknesses in Cuba baseball in the middle of 2013. Right here, the Cuban sabermetricians come into play or as they are known, the Independent Panel for Baseball Research (GIIB).

Sabermetrics is a relatively modern science, which studies and proposes on the same data provided by baseball, but in a much more complete than orthodox statistics. Today, scholars of mathematics are able to predict much more with new statistical categories, that the ancient fielding and batting average.

Alejandro Aldama Gonzalez and Camilo Quintas Meneses are currently the Sabermetrics leaders in Cuba and of course those who have managed to generate and establish the Independent Panel for Baseball Research (GIIB). They, pioneers of a feat that promises to be Herculean, agreed to meet me in the lobby of their lab and talked with me, while made me doubt concepts that I considered anything but fragile.

How did you learn about Sabermetrics?

From the more traditional baseball forms, through controversy and when we did not stop discussing opposing views, we took on the task of researching the statistics and so we took the first steps.

Do you think statistics are used in Cuba?

No (they made a resounding chorus). In fact we had the opportunity to be on the bench of Baseball National Series teams and we know that they are not working with numbers in hand, while we cannot deny that there are some attempts.

Are the statistics used by the National Federation of Baseball appropriate?

Neither, indeed our work has been approved by the Federation and we as officially finish our Strike software, we will use it together.

It is software in which we have worked for some time and that once put to work, will give answers much closer to reality than traditional statistics.

What do the terms Sacrifice bunt, Sacrifice Fly or Total Bases per Hit mean to you?

Nothing, these statistics are generic and alone do not give us virtually any information.

And hitting for a double play and Runners in Scoring positions Batted In?

They say a lot, but still need to go through some filters before reporting everything they can.

And the JAS coefficient?

This coefficient is not feasible, is very outdated and really has no correlation to runs.

How important are runs for Sabermetrics?

All the importance, indeed runs are the basis of any possible Sabermetrics research. All aspects of the game have to be measured in linear correlation with runs scored.

Is there any way to create a scientist line-up?

That is core of anything. That’s the biggest problem in baseball right now and perhaps the most coveted response today. We believe that you can achieve an optimization of the alignments, always considering the rivals to face. So we think so, but no one has yet discovered the formula.

What personal opinion do you have to set a line-up?

We believe that should be the most productive, with the exception of the catcher.

You mean that you support the idea of a defensive catcher above an offensive one?

It is the only position that should always have the best defense from the very beginning of the game, so much so that we believe that there should be no wild pitch, then everything should be considered pass ball. In Major League Baseball there is a statistic that reflects how many PB makes catcher and how many WP pitchers throw while these receptors are in place. Why do you think that Villa Clara is one of the teams that less WP committed in the Series?

It is just because they have Yulexis La Rosa and Ariel Pestano. The catchers are so defining that they should have an ERA, and thus upgrade the skills and virtues meter of the catcher.

We do not believe that pitchers “have” to “think” if the pitcher has the talent also why we ask them to “think” it, when we have a group of 4 or 5 analysts, with all data available to do the work simultaneously. There is no way that one brain is better than 5.

Since you are working with the Federation, which numbers have caught your attention?

Definitely in the National Series 2012 50% of the connections were ground balls, while the rest were drives and flys. This means that the importance of the inflieders is paramount as the ground balls always become more complex for fielding due to multiple variables.

What statistical event have been the most impressed by?

The rookie year of Kendry Morales and the 1927 season, where Babe Ruth hit more home runs than each of the other teams in the American League.

Does your liking for baseball and its numbers, goes for statistics curiosity or for the production that you can create from them?

Both, although we should mention that all our achievements have been modest resources we have and with the invaluable help of several people that have approached us. The GIIB has 6 members and together we have overcome several barriers, however complex some of them have been.

After you become the ones producing Sabermetrics statistics do you think they can be used?

That will take years of implementation, we have to achieve a Sabermetrics culture especially in those who are at the forefront, meaning managers and coaches, as well as most Cuban baseball analysts also show some delay in this regard, however confident that this will be a great step forward and at least statistically speaking, Cuban baseball will not be as outdated as it is today.

And so these Cuban sabermetricians, students of Cybernetics (Camilo) and Physical Culture (Alejandro) closed the interesting debate, which I confess I came out with the larger profits, however I think that we ever will be slaves of Toby Harrah phrase: “the Baseball statistics are like girls in bikinis, they show a lot, but not everything.”

"Villa Clara to the final!"