Rafael González Escalona
in Technologies of Communication and Media
2 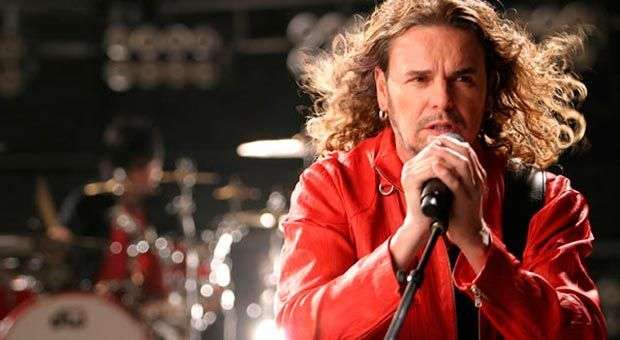 Cuba is famous for, or was until recently that started riding a shy technological evolution, a paradise. from Jennifer Lopez to Jimmy Page have walked our streets have passed without the slightest fuss. Here there is no paparazzi culture or media to sell you a candid photo, and I guess that makes them see Cuba as one of the last oasis for sufferers of fame. For things like that – I do not think it was our sun, especially because we are in January, probably Fernando Olvera , AKA Fher , Mana -known vocalist landed in Varadero.

The visit of Fher, known thanks to an interview with a local media caused OnCuba invite me to write about what Mana has meant to generations of Cubans. My first reaction was no, I do not like the Mexican band and I feel it would be unfair to blame them for having more than a few Latin American teenager begin on the ways of the rock .

But then I remembered what the musician said in the interview about his estrangement because how well people know the Mana work in Cuba and that it touched his heart. And I began to think of mornings that without more resources in the holster of the guitar, my friends and I have laid hands on Mana and cried like drunkards our grieving for her loneliness in the San Blas dock, or we pitied the poor little Ana, or cried like a river. Personal tastes aside , for years I see copies in many of its lyrics , I think of the good and best moments this group has provided in the past 20 years, with songs rooted in the memory of all the young (and not so young ) since the 90s of last century that has played music in Cuba .

If Mana deserves some credit is for having sneaked in the taste of the most diverse generations and professions; Mana is liked by the P-5 bus driver 40 and the kid studying Computer Science at the Polytechnic, Mana is liked by the baker on Calzada and C streets and by the Doctor in Philology . Mana is essentially the reincarnation of these boleros played on music boxes that people successfully managed to dance in clubs and halls. And that, at least, we should acknowledge.

Now that Fher announces, as any famous musician who doesn’t want to look bad when visiting Cuba-that any day he comes, if not with Maná, at least alone to give a concert in Cuba, imagine how great it would be to watch the Anti-Imperialist Square full of people singing along-anthems by Mana see a country connected with one of its strongest recent memories, beautiful memories among many other memories of a time of blackouts, rafts and famines impossible to kill. I probably swallow all my squeamishness and alongside thousands of Cubans sing till I lose my voice to a revolution of love.