On congas and other absurdities

byAlejandro Ulloa García
in Technologies of Communication and Media
0 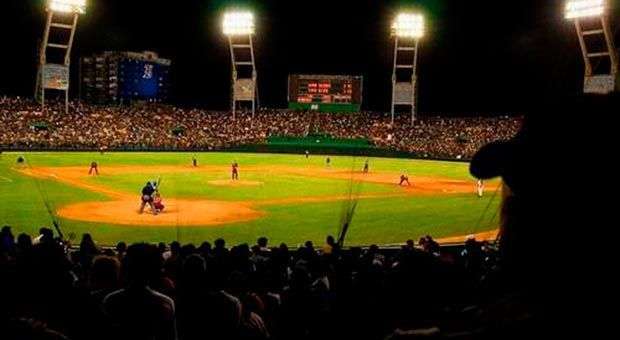 Congas in baseball stadiums will possibly have in the future more regulations than those destined to urban environment.

Today, the Cuban Baseball National Commission has just issued its Circular No. 7 of this National Series, where regulates, very specifically, that “The congas will be placed in an area of ​​the outfields stands, at a distance of 35 meters from the end of both dugouts. “It also clarifies that” in those areas, they can play throughout the game. “

And if this of distances is still not clear, it specifies that “in stadiums that do not have these conditions, a dais will be enabled “, and if they can not, then the Commission rules that “otherwise they will have to play between innings.”

Finally, for us to see that they are not contradictory, they argue that “It is maintained the provisions of Circular No 4 saying that the congas that do not want to occupy the outfield areas can only play between innings.”

The fact is that after its Circular No. 4, where it was “forbidden music generated congas, orchestras and other musical instruments like trumpets during the development of the game”, exonerating the time between innings, it seems that people managed put pressure on the National Commission –which lately has performed very awkwardly, and so much absurd begins to get corrected.

However, and to see that those who misunderstand are those who do not belong to the Commission, last Friday at a press conference discussed by Trabajadores newspaper, Higinio Velez himself clarified: ” We never eliminate these activities, we only regulate their actions from it is real their interference in games. However, we have decided that the congas can move to other places in the stadium, not over the dugouts. “

Multiple reflections have already been given on this subject, and I completely agree with colleague JJ Nieves that “The congas can not be stopped.”

But now something is not clear to me: what if Pepe and Juan have two conga drums and sit behind home plate and Pedro with a bugle sits on the deck above first base, and José and Luis with two bells s it near the third base stands, and Joaquin plays a bass drum between home and third, and they play throughout the game: Is it considered a conga, or simple soloists who, coincidentally, are playing conga?

Anyway, I stop beating the bushes, congas are already regulated .

Cuban Interest Section Suspends consular Services in the US

A Bank for the Cuban Interests Section in Washington