Once upon a time there was a nice little wolf (II) 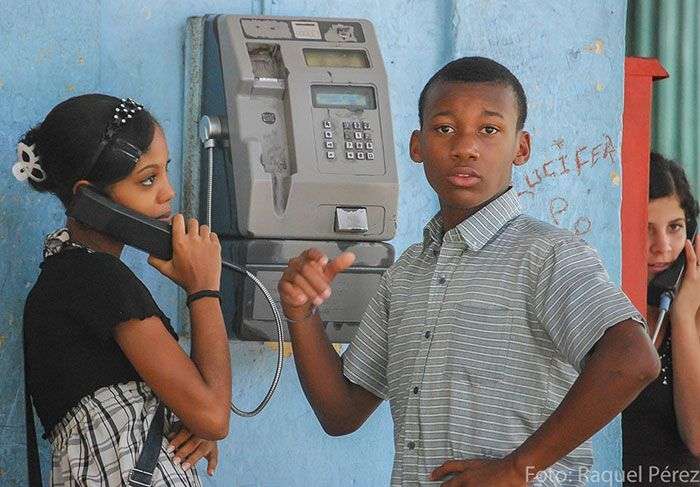 In the beginningsof the industrial era some workers destroyed machines in order to stop the increasing unemployment. They thought they could put a stop to the technological development and go back to the past.

I recalled that story when I read a public communiqué by the Empresa de Telecomunicaciones de Cuba S.A (ETECSA by its acronym in Spanish), complaining about the supposedly fraudulent competition the new communication technologies are subjected tothrough the Internet, such as Skype.

Of course there is a huge difference between these stories. While workers defended their children’s beans, the Cuban company was defending its monopoly, which assures it to set high prices in exchange for deficient services.

Cuba is an island but its people are not isolated as to not know that these are among the highest communication prices in the world. We could say these are the highest considering the average national salaries.

A ten-minute call to Europe costs a Cuban a whole month work and one hour internet connection costs him a whole week work. Then, it is understandable such dislike for the communications.

However, Cubans are practical people and, instead of wasting their time complaining, they looked for an alternative to their pockets. Today, it is possible to make more affordable phone calls abroad from some homes.

Some of my acquaintances asked me not to give any details but the truth is this is done through the internet and the service is pretty effective. It costs USD 0.20 per minute regardless of where you call to; I mean, it is ten times cheaper than ETECSA.

Everyone in the neighborhood knows where to go for those services but no one reports them to the police because even members of the Cuban Communist Party and the President of the CDR (Committee for the Defense of the Revolution) have a relative abroad they need to call from time to time.

ETECSA’s communiqué portrays this phenomenon as a plot from abroad to affect its incomes but the truth is that if these homes were not supported by the massive complicity of the population they wouldn’t even last a day.

Perhaps now ETECSA will launch a campaign and will succeed in dismembering three or four of these homes, but inevitably they will reemerge just as the machines destroyed by the workers were replaced by others most updated.

The war against development and the spreading of technology is doomed to failure. Pretending to stop its advance with secret plans, repressive measures and banning prices is like trying to put out a fire by adding more fuel.

For the youngest internet access is still an unfinished subject /Image: Raquel Pérez

Doing things differently should not be so difficult, in the rest of the world many communications companies have survived after facing the challenge of internet and have done it by charging considerably lower prices. It is a matter of efficiency.

If ETECSA is a “socialist state-owned enterprise”, it belongs to every Cuban and; therefore, the population has the right to know its finances and the destination of the huge incomes it must gain from the high prices of its services.

It could be convenient to explain how much money is collected, what percentage is devoted to the financing of extending internet and phone services or the trips abroad and how much has been lost in terms of theft and corruption.

A greater transparency could contribute with improving the image of the company and would allow the population to know the obstacles it faces and its development plans. It would be helpful to know what the final destination of the money it takes from its clients is.

So far, the communiqués by the company and the statements by its executives are considerably inscrutable; they don’t set terms and don’t specify the amounts of their investments nor give any details on theirfuture plans and objectives.

It’s as if they don’t realize they are just employees and the real owners are the citizens, and that they have to thoroughly account to the population on their management, particularly on the way they spend the population’s money.

Expectations and contradictions of monetary unification