Alejandro Ruiz Chang
in Technologies of Communication and Media
0 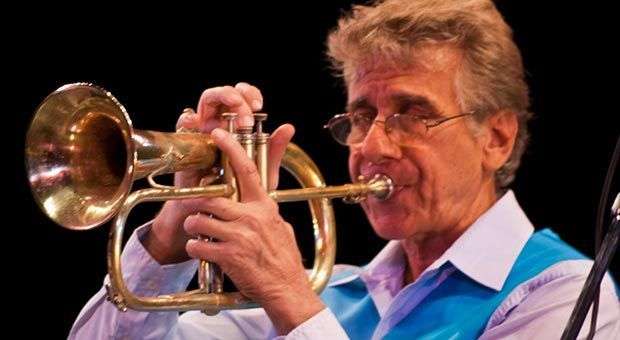 It is being just a few since Rolando Luna memorable concert at Riviera Cinema and the ICAIC Young Sample in conjunction with PM Records Propositions Office project again their efforts in organizing another show. The purpose is the same: to raise funds for audiovisual projects of young Cuban filmmakers. The event, on November 28th at Riviera Cinema, venue again of this type of concerts, is actually the fifth to be done to help young audiovisual production.

This time, Bobby Carcasses will headline this effective proposal for the meeting with the roots of Cuban music and, moreover, it will be reason to celebrate the 2012 National Music Award which holds the Cuba’s Showman. In the words of Bobby, “now it was authorized to dedicate me this concert to celebrate the prize, as I had not been performed other since I then, only one I did in Fine Arts Museum, but that was for my birthday.”

Bobby will perform with his group Afrojazz, with which he has ventured into sonorities that are based on jazz but delve into the deep Cuban musical origins. “It will be a show where I’ll play some of the Afrojazz´s anthological hits and others from where public will be able to see my chances as showman.”

The renowned instrumentalist, musician, composer, and painter promises a concert full of nuances, a bet for Afro-Cuban jazz, including some of his most important compositions such as: “El amor llegará con el tiempo”, “Son de Cuba a Puerto Rico” and “Blues guaguancó” as well as songs from his three albums: ¨Recordando a Benny Moré¨, ¨La esquina del Afrojazz¨ and ¨Jazz Timbero.¨

Proof of uniqueness that can be achieved when jazz and Cuban music concur, Bobby adds that “you could be witness of an eclectic repertoire as all my work, which will include blues, rumba, mixed with jazz. You may also see, in the lobby of Riviera Cinema, a sample of my paintings and drawings that will only be a few due to space, but it will serve to give a comprehensive view of my work. “

With over fifty years of artistic work, Bobby Carcasses continues to surprise us with his histrionic and musical qualities. This concert will be a big party that will serve to pass through the work of this artist, but guided by him because that was what he liked and designed. “I designed the show as a-from-least-to-most flight

through my music. That is the characteristic of what I’m doing lately. I begin alone, a cappella; with my voice as orchestra, then I go to the piano and from there I start to add guests and the show begins taking flight. For the end I have planned a song by my son Roberto Carcasses, it will be a premiere called “Tango esperanza” and it will lead to the closure of the show where all musicians will be on the stage. “

Bobby was born in Jamaica, but his origins are unquestionably in Cuba, in Santa Clara that welcomed him at four years and where he began taking his first steps into the music world. Today, at 75 of an entire musicality, he will take the stage with more than one reason to give a show carefully designed and full of friends and family. In Havana we could dance to Bobby’s rhythm, the showman of all that always bets on searching diversity in each of their shows.