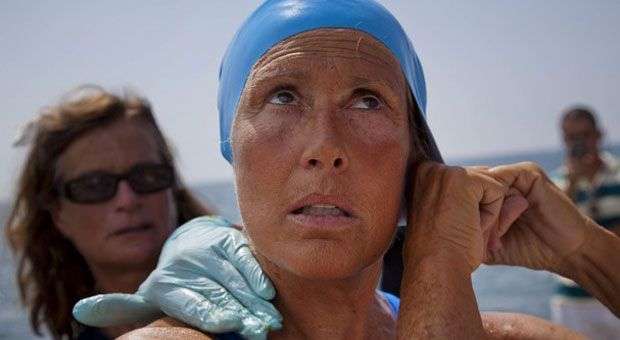 U.S. swimmer Diana Nyad wants to realize her dream of uniting Cuba and Florida and for that she will start on Saturday a new attempt to swim the distance between the two shores, after failing on four previous occasions.

This is my dream, my inspiration, Nyad said during a press conference at the Ernest Hemingway International Yacht Club, in the northwest of Havana, from where she will depart in the morning on Saturday, with the intention to make the journey of about 103 nautical miles in about four days, if the weather is favorable.

According to the 64 years old athlete her desire is to reach the shores of Florida, to recover the desire to be alive, those she forgot for a while.

When I turned 60 I wanted to get those desires and the feeling of being alive that moved me before I turned 30, and I lost for a few years, Nyad said.

The veteran swimmer also said that people stop believing when they have choices and lose hope, but she still sees herself with chances of achieving her goal.

To try to accomplish this feat, Nyad be assisted by a protective suit, specially prepared to prevent jellyfish stings, designed by a military expert in protective masks.

She will also receive a special injection, which will help inhibit the venom of these invertebrates, made ​​by Dr. Angel Yaragi, specialist from the Hawaii University.

At sea the American athlete will be assisted by a team of about 50 people, consisting of divers, doctors and other specialists.

According to the Commodore of the club, José Miguel Díaz-Escrich, when a person puts his heart in an effort, is always supported by thousands as in the case of Nyad, who besides showing courage, wants contribute a least a little to the good development of relations between Cuba and the United States.

During her career, Nyad became the best long distance swimmer in the world and set several world records, including swimming for seven hours and 57 minutes around the island of Manhattan New York, when she was 50 years old.

The swimmer, whose open sea record dates from 1979, when he swam 165 miles from Bimini (Bahamas) and Key West (Florida), faces once again the strong currents of the Gulf of Mexico and the risks of dehydration, hypothermia, and seizures of asthma or moments of disorientation.

In August 2012 she made her last unsuccessful attempt to swim from Cuba to the United States, at that time she managed to swim 96 miles without a shark cage until poisonous stings of jellyfish made ​​her desist, physical exhaustion was the cause of failure in her other attempts.

The veteran swimmer made ​​the first attempt of this athletic feat in 1978, but left after almost 42 hours in the water because of bad weather.

Then she repeated in 2011 and the last two times with difference between them of only a few weeks were last year.

Nyad is not the only one with claims of achieving the feat of swimming across the dangerous and unprotected waters that divide Cuba and the United States.

Previously, in the middle of the crossing, the Australian swimmer Chloe McCardel desisted from jellyfish stings, and British Penny Palfrey stopped due to strong ocean currents.

So far the Australian Susan Maroney is the first and only person to swim the Florida Straits from Cuba. She succeeded in May 1997, but was protected by a shark cage.

In times of bolero