The number of Cuban professionals "interested" in remaining in Brazil "is still being counted," according to the Brazilian press. 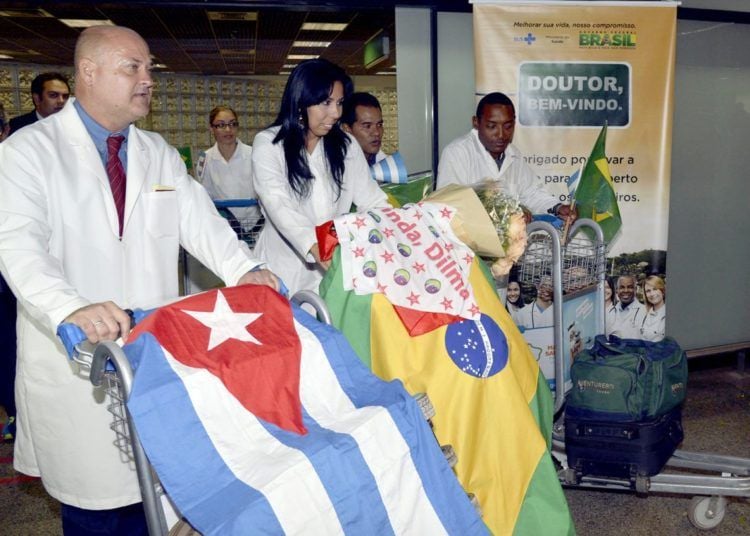 The Brazilian government is studying the regularization of Cuban doctors who want to continue in the South American country, after the official departure of the island’s collaborators from the “More Doctors” program, in response to some controversial statements by President Jair Bolsonaro.

The Brazilian Ministry of Health said that, “concerned about the humanitarian issue,” “it is seeking a way to allow the reintegration of these professionals after the revalidation of their titles,” according to Agencia Brasil news agency.

In this way, the government of Bolsonaro hopes to complete the nearly 1,500 vacancies still open in “More Doctors,” which since 2013 made it possible to hire foreign doctors to cover health care in the poorest and most remote areas of Brazil.

However, Havana decided last November to abandon the project in protest against the “threatening and derogatory” comments by the ultra-right-wing Bolsonaro, as alleged at the time by the island’s government.

Bolsonaro, who took over the Presidency of Brazil on January 1 after winning the October elections, called Cuban doctors “slaves” of a “dictatorship.” In addition, he demanded a group of conditions for them to remain in the country, among them the revalidation of their title and the payment of a full salary, instead of the 30% they received while the rest went to the government of the island.

In response, Cuba ordered the return of the doctors, who at that time totaled 8,332 actively practicing in the South American giant, although not all of them returned.

To fill these vacancies, Brazil has opened several competitive examinations for doctors trained in the country or Brazilians graduated abroad, but there are still about 1,500 places to be assigned, which correspond to positions in indigenous villages or isolated municipalities.

According to Agencia Brasil, the number of Cuban professionals “interested” in remaining in Brazil “is still being counted,” while representatives of the ministries of health and education are holding meetings to analyze ways to regularize their situation in the country.

According to a survey released last January, almost half of Brazilians (49%) believe that health care will worsen in the country after the departure of Cuban doctors, while 38% said they believe the situation will improve.