This is the ICUs’ highest record on the island, in a day in which the infections reported by the MINSAP exceeded one thousand (1,019) and there were 11 deaths as a result of the pandemic. 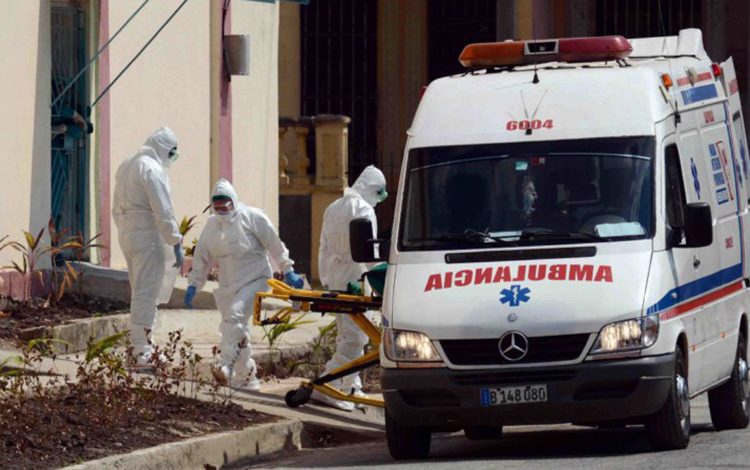 The number of patients in ICUs in Cuba has once again set a negative record due to what Dr. Francisco Durán continues to describe as “high virulence of the SARS-CoV-2 virus.” For this reason, until midnight yesterday, 115 people were reported in serious or critical condition. The report highlights the presence of two children under the age of two months.

“The figure is high and confirms the need for protecting ourselves more due to the high virulence of the virus, which tends to evolve to a serious condition,” said the national director of Epidemiology of the Ministry of Public Health (MINSAP), who once again emphasized those persons included in risk groups.

Because today’s is the ICUs’ highest record on the island, in which the infections reported by the MINSAP again exceeded one thousand (1,019) and there were 11 deaths as a result of the coronavirus pandemic.

The fatalities from COVID-19 are to six men and five women, aged between 46 and 75 years and residing in municipalities of the provinces of Havana (nine), Sancti Spíritus and Camagüey.

The infections, on the other hand, are mainly due to autochthonous transmission (992), 966 were contacts of confirmed cases and there were 27 imported cases, mostly Cuban travelers from Russia, with the exception of one who arrived from the United States.

In addition, four foreigners were diagnosed: a Russian, a Ukrainian, a Chadian, and a Congolese. All positive because of autochthonous transmission.

Havana, which leads the provinces with the highest incidence rate per 100,000 inhabitants in the last two weeks, accounted for the highest number of cases in 24 hours: 658, with three imported. It is followed by: Holguín (64, one imported), Matanzas (60, one imported) and Mayabeque (59, one imported).

Twelve western municipalities concentrate 48.7% of the transmission in the last fifteen days, 11 of them from Havana and one from Matanzas. The highest indicators belong to Old Havana and Cerro, with 664 and 638 per 100,000 inhabitants, respectively.

During the day, there were 1,070 discharges, with which 104,326 people have already recovered from the disease in Cuba, which is going through a very complicated situation that does not seem to improve.

In three days in May, 3,022 infections and 32 deaths have already been registered, which raises the lethality of the period to 1.06%, although the same indicator in almost fourteen months is 0.62%, after the 686 deaths reported by the MINSAP.