Two of the patients in ICUs are infants, one of them 20 days old. This time the number of confirmed active cases in pediatric ages reached, according to Dr. Francisco Durán, the highest figure: 1,060. 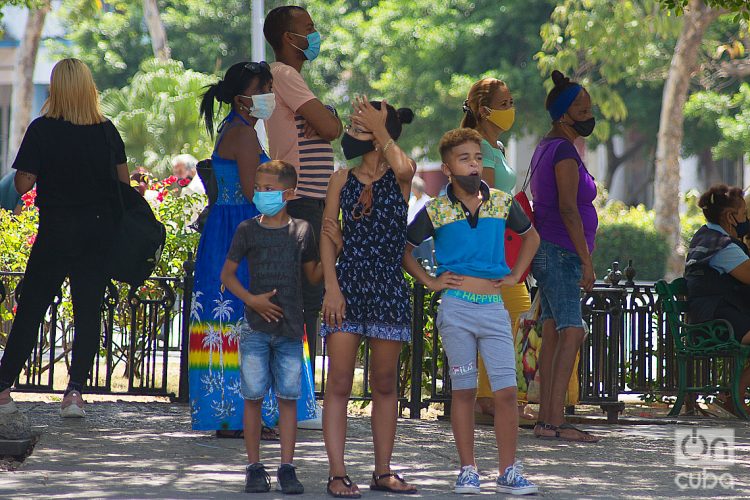 The Ministry of Public Health (MINSAP) reported 1,252 new infections by the SARS-CoV-2 virus on Wednesday in Cuba, when the number of deaths dropped to six.

Until midnight, 28,136 people were admitted to hospitals or care centers created by the, there were 6,856 active cases and patients in intensive care reached the figure of 137: 46 in critical condition and 91 in serious condition.

Two of the patients in ICUs are infants, one of them 20 days old. This time the number of confirmed active cases in pediatric ages reached, according to Dr. Francisco Durán, the highest figure: 1,060.

The deceased correspond to four women and two men, aged between 34 and 82 years and residing in Havana, Mayabeque and Granma. With them, the death toll now stands at 840 and the fatality rate is 0.65%

Of the 1,252 cases detected after the processing of 21,574 PCR samples, 1,195 owe the contagion to autochthonous transmission, 1,160 were contacts of confirmed cases, and 57 were imported cases.

The imported cases are Cuban travelers from Russia (53), Venezuela (three), Panama (one) and Spain (one). Two foreigners also tested positive due to autochthonous transmission.

The incidence rate in Cuba rose to 149.4 per 100,000 inhabitants in the last 15 days, while Havana and Mayabeque have the highest rates.

The provinces that detected the highest number of infections this Wednesday were Havana (702) and Santiago de Cuba (111), although none of the others had less than 10 cases.

Only the special municipality of Isla de la Juventud did not report new cases from the pandemic.

The MINSAP reported 1,312 discharges, with which 121,596 patients have already recovered from the disease, representing 94% of those infected.

On the day, 46.6% of those diagnosed were asymptomatic.