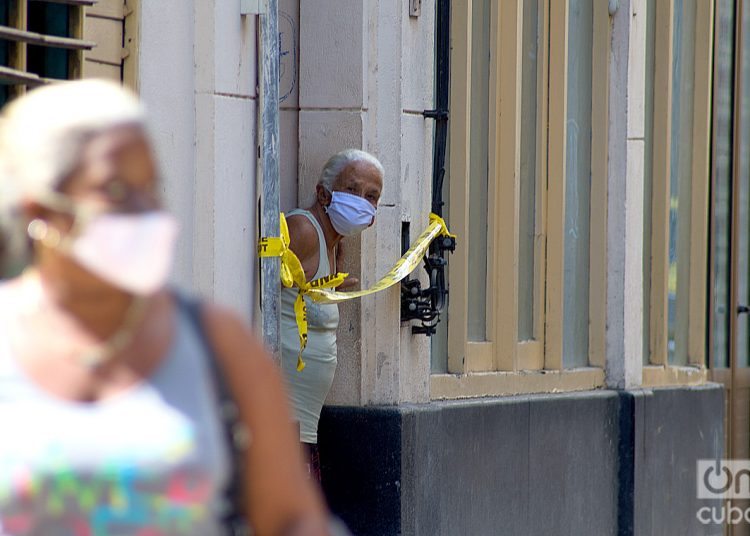 Cuba woke up this Monday with a record of deaths as a result of the SARS-CoV-2 virus: eight reported during Sunday, according to the Ministry of Public Health (MINSAP) in the report issued this Monday.

They are six women and two men, between 48 and 90 years old, and they are from the municipalities of Encrucijada (Villa Clara), Bayamo (Granma), Jovellanos (Matanzas), San Juan y Martínez (Pinar del Río), Centro Habana, Guanabacoa, Boyeros and Arroyo Naranjo (Havana).

Regarding infections, they decreased to 854 after the processing of 21,799 samples, with high positivity during the day in the provinces of Granma, Havana, Matanzas and Sancti Spíritus.

Most of the patients from COVID-19 are due to autochthonous transmission (842), 816 were contacts of confirmed cases and in 12 individuals the origin of the infection occurred abroad, mostly due to Cuban travelers from Russia. Only one was traveling from another country, the United States.

In addition, two foreigners were reported with the disease, but they owe the contagion to autochthonous transmission.

Regarding the incidence rate, the Matanzas municipality of Pedro Betancourt joined the 12 municipalities that concentrate 45.1% of transmission per 100,000 inhabitants in the last 15 days. Now, with Jagüey Grande included, Matanzas is part of a group, also made up of eight of the capital’s municipalities, one from Sancti Spíritus (Cabaiguán) and another from Granma (Bayamo).

Until midnight, 24,945 people were under surveillance, the confirmed active cases dropped to 4,962 and there were 58 patients in intensive care: 33 in critical condition and 25 in serious condition.

45% of today’s patients were asymptomatic at the time of diagnosis, the MINSAP confirmed. It also highlighted the 1,095 discharges given during the day.