Now there are 16,443 children and adolescents who have suffered from the coronavirus since its inception in March 2020. 12 deaths were also reported on the day. There were 1,412 discharges. 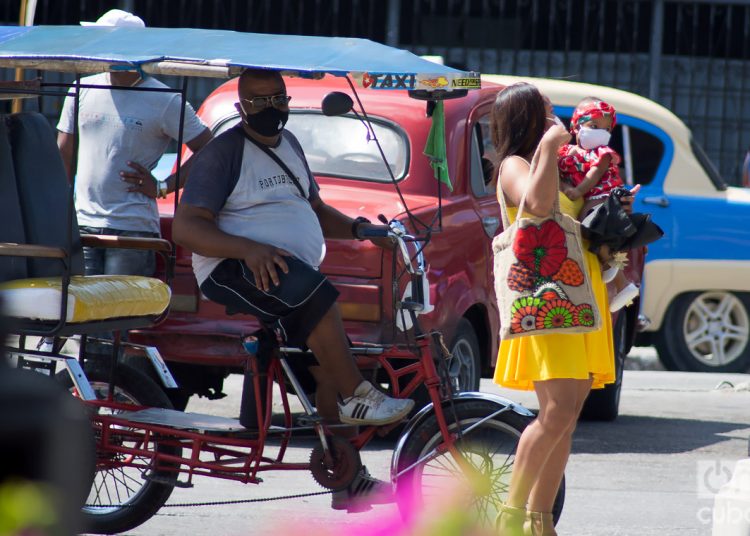 The SARS-CoV-2 virus has again left more than 1,200 infections in a day, 1,244 specifically on Monday, and constitutes the third highest number during the pandemic in Cuba, according to Dr. Francisco Durán in his daily press conference.

The specialist stressed that 18.8% of those diagnosed were of pediatric age, 234 of the 252 under 20 years of age registered on the day.

Now there are 16,443 children and adolescents who have suffered from the coronavirus since its inception in March 2020. But, this day, according to the national director of Epidemiology, the highest number of active cases was reported: 930.

And among the very high number of 130 patients in intensive care (40 in critical condition and 90 in serious condition) one was a 36-day-old baby.

Of the 1,244 infections, 1,205 are due to autochthonous transmission, 1,171 were contacts of confirmed cases and the number of imported cases decreased to 39, due to Cuban travelers mostly from Russia (37), but also from the United States (one) and Mexico (one).

The Cuban Ministry of Public Health (MINSAP) reported, after the processing of 21,995 PCR samples, that five foreigners tested positive due to autochthonous transmission.

The death toll from the virus is 826 with the 12 reported on Monday. They were eight men and four women, aged between 45 and 90 and residing in the provinces of Havana, Matanzas, Artemisa, Sancti Spíritus, Camagüey and Santiago de Cuba.

Havana registered 600 infections, and the numbers for provinces such as Mayabeque (128) and Santiago de Cuba (100) increased compared to the ones reported yesterday. No territory presented fewer than 10 cases on the day and only the special municipality of Isla de la Juventud was free of cases.

The incidence rate in Cuba is now 144.8 per 100,000 inhabitants in the last 15 days, a period in which 11 of the capital’s municipalities and Sandino, in Pinar del Río, which since yesterday headed this group, concentrated 49.1% of the transmission.

Yesterday, 1,412 discharges were reported, with which 119,161 patients have already recovered in Cuba from the virus and its disease, COVID-19.

46.5% of the cases were asymptomatic at the time of diagnosis.