Most of the new infections (986) are due to autochthonous transmission, 961 were contacts of confirmed cases and in 22 individuals the source of infection was from abroad. Four deceased were reported on the day and the death toll now stands at 421 from the pandemic in one year. 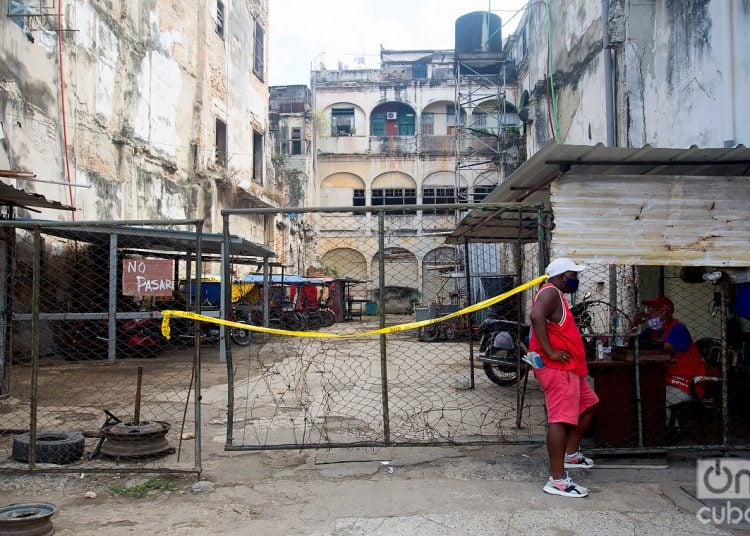 The Ministry of Public Health (MINSAP) reported 1,008 infections from the SARS-CoV-2 virus this Monday when four deaths were also reported on the island. With the data, March is already the month with the highest indices in a year of confrontation with this pandemic.

Of the 74,212 COVID-19 patients registered since the beginning of last year, 23,622 have been reported in the third month of 2021, a period that, until now, accumulates 618 more cases than February, during which the disease broke several records on the island.

If a record is not broken, the number of deaths has also been high: 97 until the 29th of the current month, out of the total of 421, after the four reported today: three men and one woman, from Havana and Holguín. Their ages are between 58 and 90 years.

Most of the new infections (986) are due to autochthonous transmission, 961 were contacts of confirmed cases and in 22 individuals the source of infection was from abroad due to travelers from Spain, Russia, Jamaica, Venezuela and Colombia.

By age group, the situation with those under 20 years of age is “impressive,” according to Dr. Francisco Durán, who in his daily TV appearance underlined the figure of 176, of which 164 are in pediatric ages.

Havana, where 11 municipalities (plus one from Granma, Bayamo) concentrate 50.7% of the transmission in the country during the last 15 days, again reported the highest number of infections: 558.

The capital is followed by Granma (127), Santiago de Cuba (61) and Matanzas (60). On the contrary, Ciego de Ávila (three) and Las Tunas (one) identified the lowest amount of new infections.

Until midnight there were 22,792 patients under surveillance, of which 3,867 are confirmed active cases.

There was also an increase in patients in intensive care units, with 72, of which 31 were in critical condition and 41 in serious condition.

According to the MINSAP, yesterday 20,421 PCR tests were processed to identify the new coronavirus disease and 664 discharges were reported, with which 69,868 people have recovered in Cuba from the pandemic.