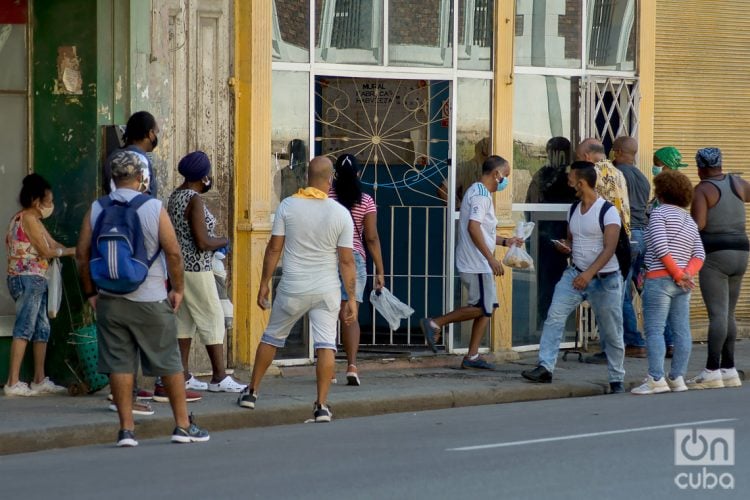 The health authorities reported on the situation generated by the SARS-CoV-2 virus in Cuba this Sunday when 1,057 infections were diagnosed, with which there are already 125,511 since March of last year when the first cases were detected on the island and the disease was declared a pandemic by the World Health Organization (WHO).

With the day’s fatalities, the death toll from COVID-19 already stands at 814. They were six women and four men between the ages of 38 and 94 and residing in Havana, Holguín and Las Tunas.

According to the Ministry of Public Health (MINSAP) report, of the 1,057 infections, 990 are due to autochthonous transmission; 959 were contacts of confirmed cases and 67 were imported cases.

Most of those who were infected abroad were Cuban travelers from Russia (64), although there were also infections from travelers coming from the United States (two) and Ecuador (one).

In addition, seven foreigners tested positive, all due to autochthonous transmission.

Havana (588) and Santiago de Cuba (70) were the territories with the highest number of detected cases, although Pinar del Río also reported 54 and Mayabeque 59.

On the contrary, Matanzas was the only province that reported less than ten infections, while the special municipality of Isla de la Juventud continues without registering cases in 26 days, according to Dr. Francisco Durán in his daily appearance on Cuban television.

Until midnight, the MINSAP registered 27,509 hospitalizations and 6,892 active cases. During the day, 22,779 samples were processed and 47.2% of those diagnosed were asymptomatic.