Dr. María Guadalupe Guzmán, head of the Center for Research, Diagnosis and Reference of the Pedro Kourí Institute of Tropical Medicine (IPK), pointed out in a meeting between experts and authorities of the island that the coronavirus sequencing studies preliminarily showed that Omicron prevails in Cuba. 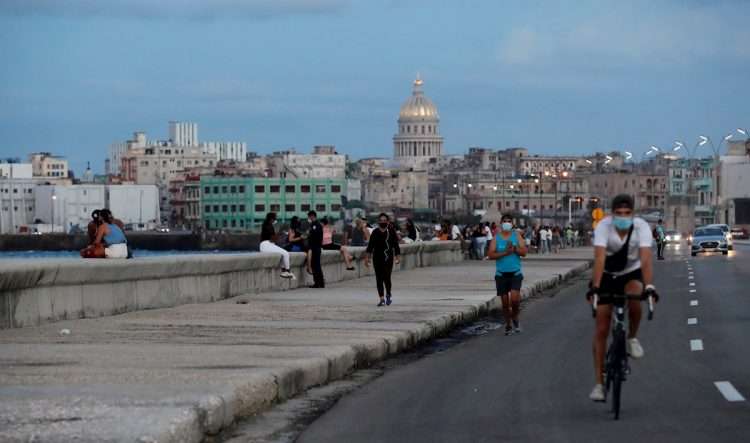 Cuba is facing a new wave of the pandemic due to the Omicron variant, backed by a wide vaccination coverage and the weakness of the wear and tear of the health system, according to experts.

Cuban molecular biologist Amílcar Pérez-Riverol explained to EFE that the Caribbean country has a resistant level of immunity that should allow a decrease in the amount of admissions, patients in intensive care and deaths.

Cuba has been showing a clearly upward trend for several weeks and is currently at the highest values ​​of the last three months. This Wednesday 2,788 new infections were reported in the previous 24 hours.

The most important cause of the increase in new patients is the presence of Omicron, although it is less severe than the Delta variant, says the researcher from the University of the State of Sao Paulo (UNESP).

Pérez-Riverol predicted that Cuba should follow a pattern similar to that of countries like Denmark, in which the increase in cases does not necessarily represent an increase in admissions, patients in intensive care or deaths.

Similar criteria was recently used by the head of the Center for Research, Diagnosis and Reference of the Pedro Kourí Institute of Tropical Medicine (IPK), Dr. María Guadalupe Guzmán, who pointed out in a meeting between experts and authorities of the island that the coronavirus sequencing studies showed in a preliminary way that Omicron prevails in Cuba.

The IPK scientist added that Cuba “is better prepared than many other nations to face the current outbreak, due to the three-dose vaccination process” that included children 2 years of age and older, and due to the strategy of accelerating the reinforcement doses with its own formulas.

Cuba went through its worst outbreak of the pandemic in the summer months of 2021, when new positive cases exceeded 9,000 a day and fatalities touched one hundred a day, according to official statistics.

Added to this was the lack of oxygen in several hospitals, which were on the verge of sanitary collapse in provinces such as the western Matanzas, the shortage of medicines and saturated funeral services.

The incidence rate of the disease was among the highest in the region, reaching 1,316 cases per 100,000 inhabitants in 15 days, higher, for example, than that of Madrid in its worst moments of the pandemic. However, the wave of infections offered what the UNESP researcher describes as “immunity by infection” and “prior immunity.”

The fact that most of these cases are already vaccinated, including the child population, and that Omicron is in general terms less severe than the Delta strain, is also an advantage when it comes to containing the infection, said the Cuban molecular biologist.

The specialist also recognizes the fact that 87% of the Cuban population — out of 11.2 million inhabitants — have the complete immunization scheme against COVID-19.

Pérez-Riverol warned, however, that there is still a risk of an increase in hospitalizations or deaths “because everything will depend on the magnitude of the current wave.”

Although the severity is less, if the wave is very large — as is currently the case in the United States — the figures for hospitalizations, intensive care patients and deaths will still increase, he explained.

The expert stressed that it is important to contain contagions so as not to reach what Delta represented in terms of cases, hospitalizations and deaths.

The UNESP researcher also mentioned that the economic crisis worsened in the last two years is a disadvantage when facing the current wave of infections in Cuba. He claimed that the lack of adequate means of protection such as N95 (FFP-2) masks effective to contain the infection contributes to an increase in cases.

An important source of contagion is the crowds, not only in concerts and non-essential events, but especially in the queues in the markets to buy food and basic products, Pérez-Riverol warned.

Another element to consider is, in his opinion, the capacity of the Cuban hospital system — which was put to the test during the wave of infections last year — due to the pressure exerted by Omicron and the presence of other respiratory infections.

The advance of vaccination led the authorities to reopen the borders on November 15, lift the limitation of international flights, resume in-person classes in schools and eliminate restrictions on public transport and restaurants.

Pérez-Riverol indicated that it is unlikely that closure measures will now be implemented due to the economic crisis, but it would also not be justified given the high percentage of the vaccinated population.

Cuban Prime Minister Manuel Marrero recently summarized the country’s situation in the face of this new wave in the weekly meeting with specialists. “With the Omicron variant, we can’t trust each other at all,” he said.