The MINSAP announced the new measures, which “will allow a rational use of diagnostic tests, guarantee preventive and therapeutic drugs and redefine the criteria for admission to the healthcare network.” 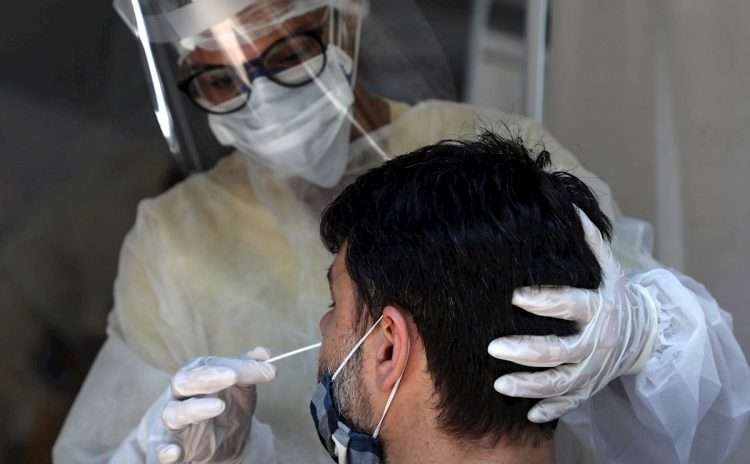 Taking a sample for a PCR test in Brazil. Photo: EFE/Fabio Motta/Archive.

The Cuban Ministry of Public Health (MINSAP) decided to update the protocols established for the detection of the SARS-CoV-2 virus, as well as for the COVID-19 preventive treatment, according to official media on the island.

The ministry published a note on its official website announcing the new measures, which “will allow a rational use of diagnostic tests, guarantee preventive and therapeutic drugs and redefine the criteria for admission to the healthcare network.”

The communication, according to the Agencia Cubana de Noticias (ACN) news agency, points out that an antigen test (rapid diagnosis) will be available in the emergency services and only those who present a positive PCR result will be considered as confirmed cases of the disease.

In addition, cases that come to the system due to suggestive symptoms of COVID-19 (irritated throat, nasal congestion, dry cough, muscle aches, fever, loss of taste or smell, fatigue) will undergo an antigen test, with which, if positive, the patient will be considered a suspect and a sample will be taken for a PCR.

Direct contacts who present symptoms will be studied by antigen test (SUMA) when they are identified as such. If the result is positive, a PCR will be performed and it will be considered a confirmed case.

The Cuban health authorities also pointed out that no studies (Antigen Test and PCR) will be carried out for hospitalization, nor for surgical procedures or invasive tests (tomography, magnetic resonance imaging, endoscopy and others). Nor will asymptomatic people be studied, nor will studies be carried out to discharge active patients.

Regarding the criteria for hospitalization, the measure will be taken in “all children under two years of age with symptoms associated with the disease, infants with an incomplete or unvaccinated vaccination scheme, regardless of their age and clinical manifestation, all pregnant and postpartum women, as well as unvaccinated people, for whatever reason.”

“Patients of pediatric age with risk factors who according to clinical evaluation are eligible for hospitalization and patients, regardless of age and vaccination status, who due to their clinical manifestation and comorbidities must be hospitalized, prior evaluation in the corresponding healthcare unit.”

Those asymptomatic, or with mild symptoms and a complete vaccination scheme, “will be admitted to the home or will remain in home isolation and monitored by the primary healthcare system.”

On the new preventive pharmacological measures regarding the use of drugs, the Ministry of Public Health ordered “the use of preventive Nasalferon in pregnant women admitted to Maternity Homes or contacts of positive cases, in older adults in Nursing Homes, patients over 60 years of age admitted to Medical Psychopedagogical Centers, as well as people over 50 years of age who are in Social Protection Centers.”

Biomodulin T “will be applied to pregnant women in an intervention study format and to older adults in Nursing Homes, while the Transfer Factor will be applied to immunocompromised children, according to medical indication,” the note said.