After the emergence of COVID-19 in 2020 on the island, the year that is ending leaves behind an even greater halo of pain and death, although mass vaccination has led to a visible improvement after a severe pandemic peak. 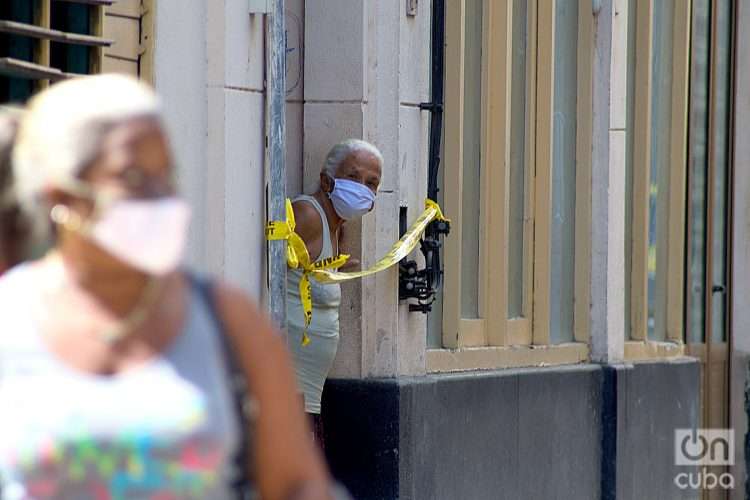 After a terrible 2020, in which the coronavirus pandemic shook the world and changed its dynamics and routines with a wave of illness and death, 2021 made its entrance between uncertainty and optimism.

In the opinion — and desire — of many, nothing could have been worse than what has already been experienced. But it was. And not even the development, or the (very uneven) distribution of different vaccines and the immunization campaigns still underway against COVID-19, could prevent new waves around the planet, with millions of victims, and the emergence of new variants of SARS-CoV-2 that have strained health systems to the maximum and have forced more restrictions and confinements.

The year has passed in much of the world between closures and reopenings, re-outbreaks and improvements, in exhausting cycles that have put human intelligence and will to the test and have imposed a forced coexistence with the virus. In addition, they have contributed to misunderstandings and inequalities, and have served as breeding ground for protests and conspiracy theories, denialist and anti-vaccine movements. And also, for apocalyptic clamors and — in the opposite extreme — irresponsible dissipation.

Thus, 2021 comes to a close with an increase in cases in many countries and with the alarms set off by the new Omicron variant, clearly more contagious and evasive, which has shown the urgency of extending vaccination and maintaining measures against COVID-19, in a not very auspicious prelude to the next 12 months.

In Cuba, the year that is ending has been especially hard for various reasons, including the impact of the coronavirus. The island, which closed 2020 with around 12,000 cases and 146 deaths from the disease, saw the number of infections and deaths grow exponentially over long months, reaching 965,002 and 8,321 at the end of December 27, according to official statistics. And even though recent weeks have been characterized by a marked decline in the pandemic, in recent days there has already been a slight increase, while the infections detected with the most contagious Omicron variant are increasing.

The creation of the island’s own COVID-19 vaccines, such as Abdala and the Soberanas, and their massive administration in the country, have been key in the improvement of the epidemiological situation, although the risk still persists — as evidenced by the most recent days — and also the call of specialists and authorities to comply with the established protocols to avoid new outbreaks and regrets in the coming months, especially after the large-scale reopening of the borders and the celebrations for the end of the year.

Hours before entering 2022, OnCuba then proposes approaching five moments that marked the pandemic on the island in the year that is ending, as a recount of what has been experienced, but also as a necessary warning for the future.

2021 did not start well on the island, which since the previous December had experienced a sustained increase in cases. The reopening of borders, family reunions, end-of-year festivities and non-compliance with established protocols, gave rise to an explosive cocktail that multiplied infections in a short time and placed the country in an unprecedented scenario until then.

Just in January, a month that registered more than 15,500 new patients and 70 deaths from COVID-19, the total number of infections for all of 2020 was exceeded, and such figures would get worse as the months advanced. This would make it necessary to have new closures in the different territories of the country, the return of online classes, a boost to remote work, and the restriction of international flights and transportation in general, among other necessary measures, in the midst of an increasingly complex economic scenario.

The arrival in Cuba of new strains of the virus — particularly the Beta, detected in South Africa —fueled even more the new wave, which already exceeded 30,000 infections in April and 50,000 in June, with a regrettable increase in deaths, which after the sixth month of the year had risen to 1,302. The note of hope was then provided by clinical trials and population interventions with Cuban vaccine candidates, steps prior to the mass immunization process.

If the first six months of 2021 were difficult for Cuba, the next three marked a peak that led the country to extremes not suffered throughout the pandemic and that put an end to the up-to-then plans for confrontation and the authorities’ triumphalist discourse. President Miguel Díaz-Canel himself had to admit that the Cuban health system had been “overwhelmed” by the situation, while the hospitals and isolation centers were overflowing with patients.

The highly contagious Delta strain was responsible for the brutal outbreak of infections, which went from about 50,000 in June to more than 200,000 a month in July, August and September; while daily cases grew to exceed 9,000 on several occasions, the national incidence rate reached more than 1,200 patients per 100,000 inhabitants in 15 days, and the deceased approached more than once a hundred per day, according to official data which apart from that were questioned, even by the official press.

Provinces such as Matanzas, Ciego de Ávila, Cienfuegos, Holguín and Pinar del Río were among the most affected by the pandemic peak, although its impact spread throughout the country and motivated solidarity campaigns inside and outside the island and the return of medical brigades facing the pandemic in other nations to support their exhausted colleagues. And, to add insult to injury, a failure in the largest oxygen plant further strained an already dire scenario for weeks.

The development of its own COVID-19 vaccines was always what the Cuban authorities and scientists had bet on since the beginning of the pandemic, and such a strategy has ended up more than demonstrating its success. The studies started the previous year would have their climax in 2021 with the advancement of clinical trials and interventions in risk groups and territories, coinciding, moreover, with the arrival and circulation of new strains that would raise the bar for the still vaccine candidates.

Finally, three of the five candidates would receive the emergency use authorization and would become vaccines, with Abdala, from the Center for Genetic Engineering and Biotechnology, as the pioneer in Latin America. It would be followed by the Soberanas 02 and Plus, from the Finlay Vaccine Institute, whose combination would demonstrate an efficacy greater than 90%, to emulate Abdala’s three-dose scheme. And with these aces in hand, the island would launch fully into mass immunization at the height of the pandemic and begin to process the recognition of its drugs by the World Health Organization.

Although not without difficulties and questions, vaccination had a crucial momentum last September and, after the corresponding approvals, has also included minors, convalescents from COVID-19 and other vulnerable groups, which has put Cuba at the forefront of this process in the world. Thus, until this December 26 in the Caribbean country, more than 30 million doses had already been administered and more than 9.6 million people had already received the complete scheme, 85.9% of the population.

After experiencing its darkest months of the entire pandemic, the epidemiological situation in Cuba began to improve in October. From more than 220,000 cases in September, the tenth month of the year saw the number of infections reduced to just over 70,000, according to government statistics, and in November the drop was even more drastic, to below 10,000 new patients. Consequently, the official death toll also dropped notably, to 754 and 65 respectively.

In the opinion of experts and authorities, the important advance in vaccination against COVID-19 has been the key to this favorable outcome, which finally eased hospital capacities after months of congestion, and opened the door to a gradual de-escalation that would spread throughout the country. Thus, the government gave the green light to the restart of in-person classes, the reactivation of transportation and the economy, and the large-scale reopening of tourism and international flights, among other measures.

The sustained improvement has continued in December, which until this December 27 registered only 2,295 new cases and 15 deaths from the disease, although in recent days they have exceeded 100 infections per day while active patients, which had dropped from 400, have already exceeded the 600 barrier. All this at a time when, even with the reopening, health protocols and requirements such as physical distancing and the use of masks in public are still in force, given the risks posed by the increase of tourism and travel in general, as well as family reunions and end-of-year celebrations.

The last month of 2021 has brought an increase in infections in various parts of the world, largely due to the irruption of the Omicron variant of the coronavirus, even more contagious than the Delta, and, apparently, less likely to be contained by the previous immunity and the effect of vaccines. And although its possible repercussions are still under study, the truth is that the alarms are already on due to the fear of new waves, reversals and restrictions, and the island does not escape from that scenario, even though its situation is now favorable.

Cuba, which, given the rapid expansion of the new strain, took measures to control travelers from a group of countries, has already officially detected more than 40 cases and announced that it is working “rapidly” on a vaccine prototype to deal with Omicron. However, in the face of this dangerous scenario, its specialists have insisted on reinforcing discipline in compliance with COVID-19 protocols and regulations, and on advancing in the administration of booster doses, a process that began since November.

Thus, health personnel, scientists, tourism workers and other risk sectors have been the first beneficiaries of a campaign that has also begun in several territories where vaccination was carried out months ago, and which has so far reached more than 1,400,000 people. With this endeavor, which will extend into the beginning of next year, the island hopes to avoid a reversal — despite the upward trend in recent days — that could have dire consequences for the health of its inhabitants and for its battered economy.