The MINSAP reports that 23,282 samples were processed yesterday and 1,067 discharges were given. There were 1,162 infections and 12 deaths. 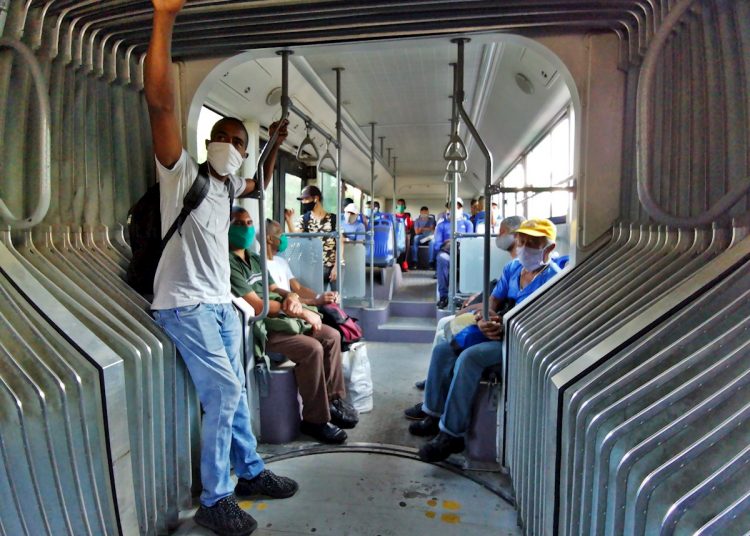 In four months and seven days of 2021, the SARS-CoV-2 virus has already produced in Cuba 101,648 infections more than the 12,225 the Ministry of Public Health (MINSAP) ) reported on January 1. The numbers expose what Dr. Francisco Durán considers an “increasingly aggressive” virus.

During today’s daily report, the specialist reported 1,162 infections diagnosed on Thursday, the day on which 12 deaths were reported, three of them under 45 years of age, which is why he underlined the need to go to a specialist at the slightest symptom.

The national director of Epidemiology also explained that the main symptoms presented by those who arrive at Cuban medical institutions due to COVID-19 are fever, lack of appetite, diarrhea, shortness of breath, dry cough, headache, feeling run-down, throat and muscle aches.

Many of these ailments keep 115 patients hospitalized in ICUs in Cuba; 50 are in critical condition and 65 in serious condition. Two of them are under one year of age.

Until midnight, 22,082 people were hospitalized in the country and 5,631 were confirmed active cases.

Regarding the deceased of the day, they were nine men and three women, aged between 36 and 90, who resided in the provinces of Havana, Matanzas and Mayabeque.

The fatality rate is now 0.62% and the death toll from the coronavirus pandemic now stands at 713 in almost fourteen months, but 567 of those deceases were also registered in the four months and seven days of this year.

On the other hand, of the 1,662 infections reported in the last 24 hours, 1,108 are due to autochthonous transmission, 1,066 were contacts of confirmed cases and 54 acquired the infection abroad.

The data is due to Cuban travelers, mostly from Russia, although the United States and France also appear as travel origins. In addition, 10 foreigners tested positive for the coronavirus: nine Russians and one Belgian.

By territory, Havana reports the highest number of cases: 684, of which 12 were imported. The capital is the territory with the highest incidence rate in the country in the last fifteen days, a statistic that at the national level has dropped to 137.3 per 100,000 inhabitants.

Twelve municipalities in the capital concentrate 53.4% ​​of transmission and among them Cerro is now the one with the worst situation with an incidence rate of 638.8.

In addition to Havana, the highest number of infections on the day was reported by Santiago de Cuba: 90 cases and one imported. No province reported fewer than ten infections. Only the special municipality of Isla de la Juventud was free of COVID this day.

The MINSAP reports that yesterday 23,282 samples were processed and 1,067 discharges were given; 41.8% of those diagnosed did not present symptoms.