Bill on unrestricted travel to Cuba: Building the “momentum”

A spokeswoman from Congressman McGovern's office spoke with OnCuba about the recent bipartisan and bicameral proposal to restore the right of U.S. citizens to travel to Cuba. 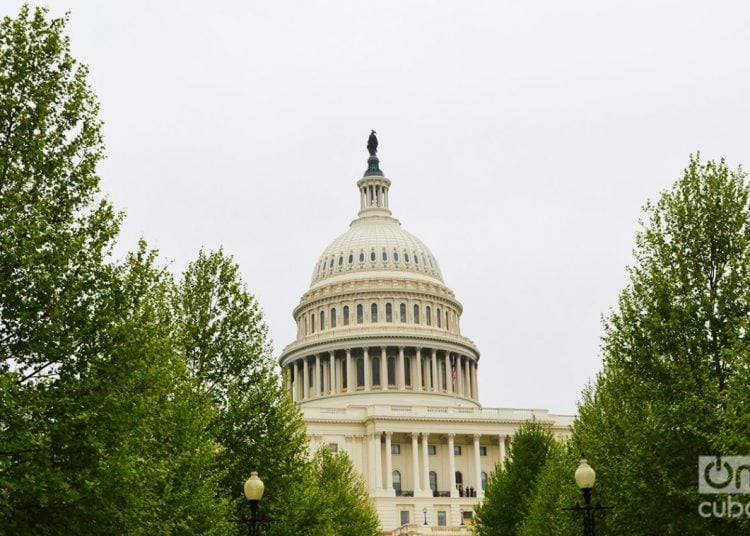 The Capitol is the seat of both houses of the United States Congress. Photo: Marita Pérez Díaz.

Congressman Jim McGovern will actively knock on the door of his colleagues in Congress to discuss the latest bill on Americans’ unrestricted travel to Cuba.

McGovern hopes that through these talks other American politicians will come together to support and approve the bill.

The bipartisan and bicameral bill was presented just before the recess of congresspersons. Senator Leahy presented a counterpart in the Senate with the support of 45 sponsors.

That is the first step to introduce any legislation in the United States.

This bill is very similar to others presented in the past, which seek to allow U.S. citizens and legal residents to travel to Cuba without restrictions.

To inquire about why it could be different this time and how, OnCuba spoke with a spokeswoman from Congressman McGovern’s office.

“It’s not a radical change, it’s a continuity in the history of our Congress so that our own constituents are not punished for the impossibility of the Cuban and U.S. governments to advance in their relations,” said the spokeswoman.

The official also explained that the next step would be to group together as many co-sponsors as possible.

“We will be starting that step when the congresspersons return in September from their rest. We believe that before the end of the year we can get at least 100 sponsors for this bill,” she said.

In the midst of so many issues of interest to the United States, from the economic war with China to domestic terrorism due to mass shootings and precisely in a season prior to the presidential elections, getting that number of sponsors “would be a way to prove that there’s a wish in Congress that this type of legislation move forward,” said the spokeswoman.

“It’s up to the congresspersons to demonstrate that they are committed to their leadership and their constituents, and that there is a momentum to discuss this bill,” she explained.

Now is the time to end this failed policy. Here's why the #TravelBan is such an ineffective idea ⬇️⬇️ pic.twitter.com/lgTr7KUBRS

Either way, both on the Cuban side and in the United States, skepticism abounds regarding the viability of this bill. Even more in the context that President Trump activated Title III of the Helms-Burton Act for the first time since it was passed in 1996, there is no functioning U.S. embassy in Havana and bilateral relations rolled back, also in constant tension due to the crisis in Venezuela.

On whether it could really be approved, the McGovern office responded: “We shall see. When you have the chance to sit down with members of Congress and discuss the bill and how it affects their own constituents, they begin to separate the issues of the right of Americans to travel and all other political differences and points of view that still exist between Cuba and the United States, no matter who is in the White House.”

A bill has only a period of two years to go through Congress, in several stages that culminate in its approval or it is simply discarded. Sometimes it is not even discussed among congresspersons.

Those who decide whether or not it is taken to debate are the majority leaders, which are the Democrats in the case of the House of Representatives and the Republicans in the Senate. This last place is where it is less likely to be even included in the senators’ agenda.

“We will see how far we can get in this process. There are a number of different possibilities on how this bill can move forward in the legislative process. The most obvious is to present an independent bill like this and that it moves spontaneously during the process. And it’s true that it’s less likely to be approved when presented alone,” the spokeswoman said.

“But that doesn’t mean that several of these provisions included in the bill can’t be incorporated into other more extensive ones. We will be looking at that possibility in the next year and a half, how to insert this bill into a more general one,” she explained.

This last strategy of including the essence of the legislation within another major bill that encompasses other issues led Trump to also sign for the first time an Agriculture Act that included the possibility of opening the doors to trade between U.S. farmers and Cuba through federal incentives.

However, the framework of the blockade’s laws and the conditions of only using cash in transactions with Cuba still make any type of exchange difficult.

In addition, the most common argument used against a legalization on unrestricted travel to Cuba indicates that it is a way of “helping and financing the Cuban government.”

This logic, used by most of the Florida politicians, recently contributed to the cancellation of cruise trips to the island and to a substantial decrease in American travel to Cuba in general, something that directly affects the nascent private sector on the island.

“From our point of view, these arguments should not be related to this bill, because this legislation is not about the Cuban government, much less about the Venezuelan government, it is about the rights of U.S. citizens that must be restored. Nobody has a strong counterargument to limit those rights,” said the spokeswoman from McGovern’s office.

In the hypothetical case that the bill is passed in the next two years, there would still be many unknowns to resolve. One of them is the absence of stable diplomatic activity in Havana, which would limit the service to its own citizens should they be needed in Cuba.

“We believe that the U.S. embassy in Cuba must be fully reinstated and operational again, regardless of whether the new bill on unrestricted travel to Cuba is approved or not. Now, if the bill passes and it is approved and we were fortunate enough for that to happen, it will be another issue we can handle at that time.

“We hope it will be fully functional before that time,” the official concluded.

TN: Quotes by the spokeswoman were retranslated from the Spanish.

Cuban minister: nobody can use “ruses” to raise prices