Used cars, which are currently undergoing "a process of remodeling and comfort," will be used for the resumption of this service, scheduled for September 10. 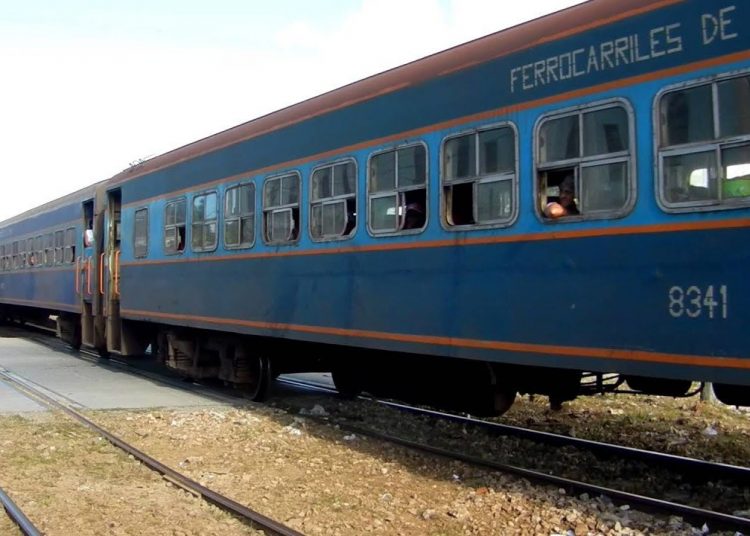 The railroad route between Havana and Pinar del Río (west of the Cuban capital) will resume its functions on September 10 as part of the government program to revitalize this means of transportation on the island.

The restart of the trips will coincide with the 152nd anniversary of Pinar del Río being granted the title of city. They will have capacity for more than 300 passengers and an inter-daily frequency departing from the city of Pinar del Río at 9:00 am and returning the next day from the capital.

For the revival of this service, which has long suffered problems with its equipment park, used and non-new cars will be used, such as those that recently started operating to the east of the country with cars bought from China, the Cuban News Agency (ACN) confirmed.

The cars―which were previously circulating on national trains―are currently undergoing “a process of remodeling and comfort,” according to railroad authorities in western Cuba.

According to ACN, freight cars adapted with bus seats are currently making this route, a service well below the necessary quality standards. The cars that will replace them are Mexican, “far superior to the existing ones, as they are equipped with reclining seats and windows, until the country is in a position to acquire a new model for the route to the west of the island,” said the news agency.

The agency quotes statements from Antonio Alberto Miranda, deputy director of the Western Railroad Enterprise, to the Radio Guamá station, in which he says that “the improvements include the rail tracks,” although he “ruled out the possibility of intensive maintenance right now.”

Also previewed is the reopening of the Pinar del Río railroad station, after a remodeling process.

Cuba’s railroad transportation situation has been repeatedly addressed by the Cuban authorities, due to the problems presented in recent years on the tracks, bridges and level crossings, as well as the low availability of locomotives, freight cars, engine and passenger cars, which has limited services.

To reverse this situation, the island’s Ministry of Transportation has a strategy, part of which includes the start of operations of new national trains and the incorporation of regional and local routes is planned.

In addition to reviving passenger transportation, the state program to modernize the railroad seeks to rehabilitate its main tracks through a joint project with Russia with an investment of some 1.123 billion dollars until 2030.

Locomotives and an experimental diesel railcar prototype have also arrived from Russia. The agreement with Moscow also includes technical assistance to Cuban specialists, the delivery of spare parts for the maintenance of the equipment and the modernization of workshops.