The records at the end of the fifth month of 2021 have been the worst of the pandemic, with an average of 1,151 cases and 10 deaths per day. 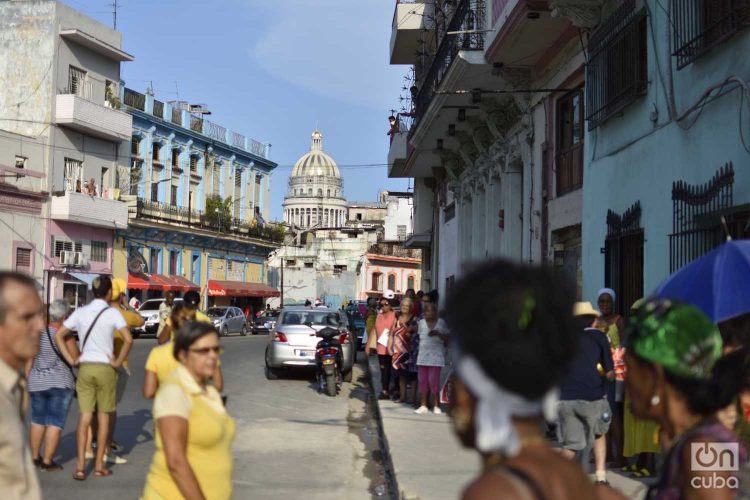 Coronavirus infections on the last day of May discreetly decreased to 1,057, while there were seven deaths from COVID-19, according to the report issued today by the Ministry of Public Health (MINSAP).

As to the last 24 hours, there were 1,021 people who owe the infection to autochthonous transmission, 983 were contacts of confirmed cases, while there were 36 “imported” cases, mostly by Cuban travelers from Russia (28), Uruguay (two), Panama (two), United States (two), Spain (two) and Peru (one).

After the processing of 20,474 samples, the MINSAP also reported two foreigners whose contagion is due to autochthonous transmission.

The territories that registered the highest number of infections on Monday were Havana (491), Santiago de Cuba (124), Mayabeque (59) and Holguín (54). The Isla de la Juventud special municipality, on the other hand, reported the lowest figure: one case this time.

The seven deceased, with whom the death toll now stands at 965, correspond to four men and three women aged between 56 and 79 years and residing in the provinces of Havana, Mayabeque, Camagüey and Ciego de Ávila.

The Pinar del Río municipality of Sandino, although its indices decreased, has the worst rate at this point: 687.9 per 100,000 inhabitants.

Yesterday, when the number of admissions was 26,032 people and active cases fell to 5,963, the MINSAP reported 1,123 discharges, with which 136,339 patients have already recovered.

Meanwhile, the ICUs reported 145 patients, 54 in critical condition and 91 in serious condition.

In general, 41.1% of those diagnosed yesterday were asymptomatic.