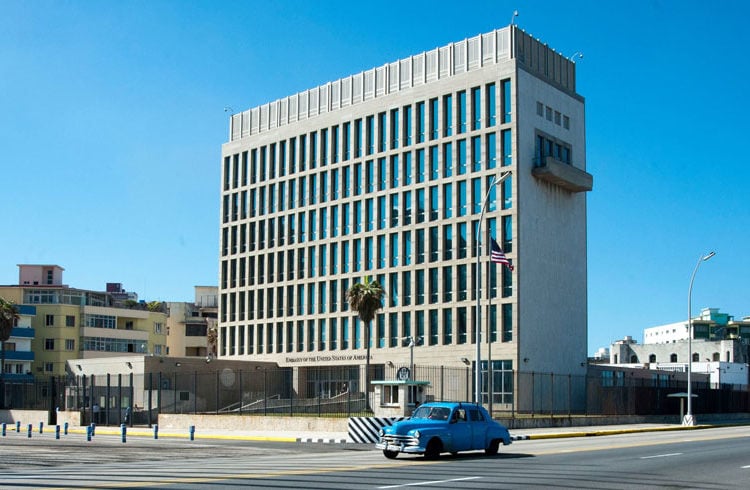 The United States is considering the possibility of closing its embassy in Havana due to the presumed “acoustic attack” suffered by a group of U.S. diplomats posted in Cuba, Secretary of State Rex Tillerson said today.

In an interview with the CBS chain, Tillerson pointed out that the possible closing of the embassy is “under assessment” by the Trump administration in reply to the incident that occurred in late 2016 and that has caused health problems to 20 odd U.S. citizens, most of them diplomats.

The last incident presumably occurred on August 21, according to an anonymous U.S. official reported by the AP press agency.

The secretary of state indicated that the matter, which the two countries dealt with in a meeting this Tuesday and for which still no explanation has been found, is “very serious,” taking into account the lesions suffered by some persons.

In this sense, Tillerson highlighted that the Department of State has returned to the United States some of the victims.

The United States affirmed in August that 16 U.S. citizens from “the community of the embassy” in Cuba had suffered symptoms due to the presumed and mysterious “acoustic attack.”

Since then the Department of State has increased that figure to 21 U.S. “government employees,” whose medical records speak of slight traumatic cerebral lesion and loss of hearing, according to the American Foreign Service Association.

According to CNN, in some attacks “a sophisticated sonic weapon” was activated in and outside the residences of the diplomats and caused “immediate physical sensations that included nausea, headache and loss of hearing,” while in other cases a high and deafening “noise” was heard.