What does a recent survey tell us? 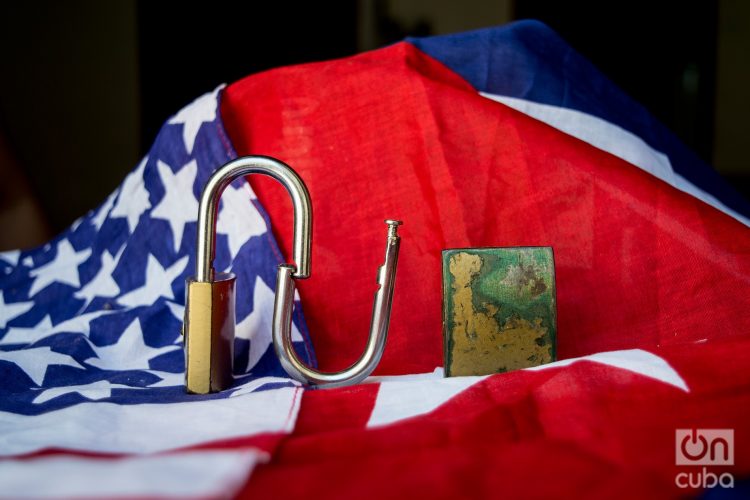 The French philosophe and essayist Michel Montaigne often used the phrase “What do I know?” to express the subjective limits of knowledge. What can any individual really know about the world? About others who inhabit it? I pose this question to myself often. It’s part of the job description for being a critical sociologist. I scratch my head in puzzlement each time that I gather data to analyze my compatriots in South Florida. What do I really know about Cuban Americans? Many will jump to answer, “You know nothing. You are clueless,” and they might be right. But you would think that after nearly thirty years of writing about and studying Cubans in the United States I would know something about what makes our “moral community” tick.  But when faced with the question Que sais-je?, which translates into a very Cuban, “Qué sé yo?” I have to admit that many of the moving parts of the community remain a riddle wrapped in an enigma inside a pastelito.

Take, for example, the resurgence of pro-embargo sentiments among South Florida Cuban American. It’s a grim turn even if not totally surprising given the Jarabe de Trump that many have savored in recent years.

What is driving this macabre enthusiasm to endorse an archaic, cold war policy designed in 1962 to isolate Cuba and bring about regime change because, as stated in Kennedy’s infamous Proclamation 3447, the country is “incompatible with the principles and objectives of the Inter-American system; and, in light of the subversive offensive of Sino-Soviet Communism with which the Government of Cuba is publicly aligned?” Seriously? There is still support for a policy designed to “protect” the Americas from the threat of “Sino-Soviet Communism?” Directed at Cuba? Does this policy remain a vital element in the foreign policy of the United States? The world has changed so much but we seem to have changed so little.

Maybe there is more behind this seeming callous attitude of “que se jodan” exhibited by my fellow denizen of the Cuban diaspora than sheer opportunism. After all, we are not all YouTube mavens making a nice living peddling fear and disinformation. Most of us care about our friends and relatives on the island. About half of us send money when we can afford it and sending food via Katapulk is becoming a thing. Many on the island depend on us, if not for survival, for support, especially during this horrific pandemic period.

Maybe championing the embargo, in the minds of those who do, is part of a larger plan. Maybe supporters see in the embargo a part of a broader strategy to improve the lives of Cubans throughout the island. Qué sé yo?

I want to understand why so many of us insist on supporting a foreign policy implemented to punish and isolate when we know that change in this globalized world is brought about by contact and negotiation. Why do people support the embargo? Why do they support lifting the embargo?

With the help of the colleagues at OnCuba News, I floated a questionnaire on their platform and various social media streams (FB, Twitter) to try to understand why Cuban Americans either support or oppose the nearly sixty-year-old sanction. This is not a scientific sample, but the 361 responses (as of May 19) allow us to create broad categories to describe the types of reasons shaping opinions.

So while 79% of folks responding to our questionnaire are against the embargo/bloqueo we can’t say that this percentage is an accurate reflection of attitudes among all Cuban Americans (the 2020 FIU Cuba Poll reported that 60% of Cuban Americans in South Florida support the continuation of the embargo). We can, however, examine the types of reasons given for supporting or opposing the embargo and create a typology of responses that, in all probability, accurately represents the variety of reasons why most Cuba Americans oppose or support the policy.

First, a few details about the sample.

It is likely that no matter your age, or your gender or if/when you left Cuba, some of the perspectives on the embargo presented here will resonate with you.

What are some advantages of maintaining the embargo?

This question was asked only of those who responded in support of the embargo (20% of the sample). The advantages associated with maintaining the embargo by its supporters fall into three categories. The embargo 1) exerts economic pressures on the government leading to some version of regime change, 2) exerts economic pressure on the government that will lead to liberalization of current economic and political relationships without regime change, and 3) expresses a position based on what we might call moral principles.

Concerns for the direct impact of the embargo on the Cuban people (el pueblo cubano), are never mentioned. El pueblo is only mentioned in its relationship with the Cuban government.

What are the advantages of lifting the embargo?

The most significant characteristic of these responses, when contrasted with the pro-embargo responses, is how often the terms “pueblo” or “ciudadanos” or “familia” are invoked.  Here are some representative responses envisioning the economic benefits of an embargo-less Cuba.

In a cogent commentary, one respondent sums up the views of many who consider that the heaviest weight of the embargo falls on the Cuban people, not on the government, as pro-embargo respondents would like to think:

Lifting the embargo would energize the Cuban economy “practically instantaneously.” Over 93% of embargo opponents believe that the economic changes will occur quickly, within a year (49%) or between two to five years (36%).

Like their pro embargo nemeses, embargo opponents also believe that resuming regular trade and in lifting the embargo will bring about political changes on the island (53%) but over a quarter (27%) are not convinced that the lifting the embargo will directly have a political impact (as contrasted with the meager 6% of pro-embargo respondents who expressed ambiguity about the political impact of continuing embargo).

The political changes foreseen by the anti-embargo respondents are complex and mediated by the economic impact unleashed by lifting the sanctions. Some believe that the Cuban government will gain in prestige and reputation if it successfully adjusts to the post-embargo period, others believe that lifting the embargo will force the leadership to answer serious questions about system inefficiency. Still others foresee a softening of current attitudes towards the United States as the perpetual enemy and this will allow internal debates with the government to occur without the stigmatization of being labeled “counter-revolutionary.”

So What do we know? “The Rant”

Embargo supporters and opponents share one characteristic: both groups believe that bending U.S. policy to their position will bring about changes on the island. But there the similarity ends.

The change that most anti-embargo advocates envision is an improvement in the quality of life of ordinary Cubans. Change, for most pro-embargo respondents, equals regime change, the dissolution of the Cuban government. It is not a complicated argument.

It is also not a good argument. It forces supporters of the embargo to explain why sixty years of pressure, continuing through the devastation of the Periodo Especial and a global pandemic, have not brought about the changes they expected. Has new evidence surfaced to make us think that the embargo will do now what it has been unable to do for the previous sixty years? What the embargo at its most restrictive and the Period Especial could not do together? I’d like to see that evidence. Magical thinking is not evidence.

Yet those proposing to lift the embargo must also answer difficult questions. How can the Machiavellian, hubristic political system of the United States be persuaded to rescind a policy which has failed to impose the power of the empire?  Should the strategy be to emphasize the national interests of the U.S. in lifting the embargo or the humanitarian crisis facing the Cuban people? (Remember that even during the height of Trumpmania, over 60% of South Florida Cuban Americans favored a temporary lifting of the embargo during the pandemic crisis.)

Of course, receiving the support of Cuban American elected officials would be an enormous help but the impossibility of that happening leads to another conundrum. Why do Cuban Americans continue to elect officials who support an anachronistic policy that brings so much suffering to their compatriots on the island? Is the obsession with toppling the Cuban government so overwhelming that the suffering of the Cuban people is seen simply as collateral damage? Is this where we are as a community? Willing to throw the Cuban people under the güagüa to win an argument with Fidel’s ghost? Or is it that Cuba is just not that important to us and our future as Cuban Americans?

I see a small, fragile outcropping of common ground. Both groups see their position as motivating economic change. Both groups, for different reasons, want to see the Cuban government loosen economic restrictions and diversify economic activity.

These are precisely the kinds of changes brought about by the Obama opening.  These changes were substantial, given the brevity of the new order, and supported economic initiatives started by the Cuban government before Obama stirred the pot: an increase in non-government sector/private employment (from 16% in 2010 to 29% in 2015), the emergence of an entrepreneurial class, the diversification of the economy as well as the intangible, but no less real, excitement among the people in anticipation of a new dawn with the U.S.

To be honest, I harbor no illusions that the Cuban American vox populi will raise in an exilic chorus supporting the end to the embargo. I see no sign that we are willing, as a community to come to terms with our Big Lie. To recognize that the embargo, as a policy to motivate change in Cuba, has been a resounding failure and has not met the expectations of its supporters. It is a zombie policy which should have been killed by years of evidence verifying its failure but stays alive, eating the brains of Cuban Americans. Supporting the embargo is evidence that our community has been successfully recruited to brutalize the Cuban people by assisting the U.S. in its feeble attempt to project American power. I worry about the history we are helping to shape.

Accepting this might not be easy for those who have developed an identity based on opposition to the Cuban government, but it is the reality we face. Let’s give in to a moment of clarity. We cannot, with any credibility, demand changes in others when we, as a community, remain so unwilling, or unable, to change.

But, I could be wrong. What do I know?