The authorities also specified that not all the streets of the municipality will be closed, since urban traffic would be interrupted. It was decided that the buses would pass through the site without stopping. 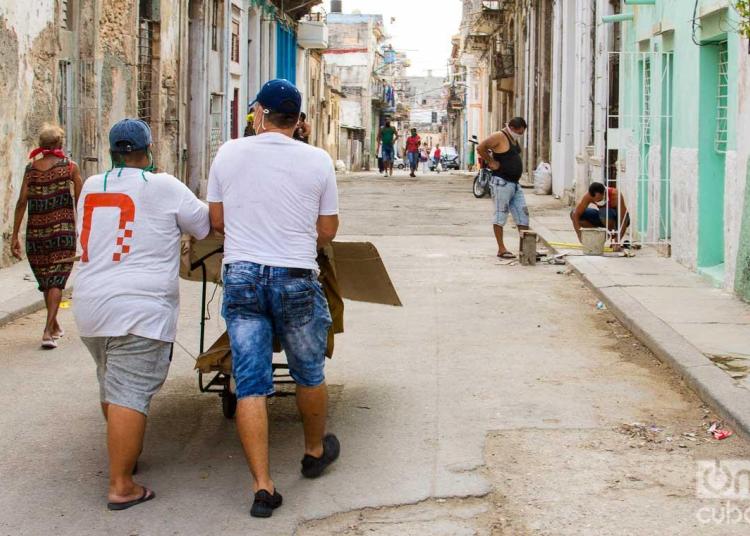 The neighborhood of Los Sitios in times of coronavirus. Photo: Otmaro Rodríguez.

According to the newspaper Tribuna de La Habana, as of Friday night at 8 pm the Centro Habana municipality was left in isolation by decision of the Provincial Defense Council (CDP). Since last Wednesday, says the note, measures have been increasing to create the conditions for this epidemiological status.

Luis Antonio Torres Iríbar, president of the CDP, told the press: “we’re not talking about quarantine, only defined increased measures to confront COVID-19, associated with social isolation, the epidemiological situation, health personnel, the protection of the population and social communication.”

The authorities also specified that not all the streets of the municipality will be closed, since urban traffic would be interrupted. It was decided that the buses would pass through the site without stopping.

Similarly, there is a proposal for Centro Habana and the Popular Councils of Luyanó Moderno (San Miguel del Padrón) and of Latinoamericano (Cerro). It consists in giving each family nucleus an identification card to buy products in the stores and points of sale of the Cimex, Caribe and Caracol groups.

It was announced that the bearer of the document must be of legal age and that the measure is implemented to contribute to the order and control of lines. Only the cardholder will go out to buy the necessary supplies for the home and will line up once. One of the agreements of the CPD meeting was to reinforce the quantity of products and commercial activity in order to avoid crowding.

Lastly, the authorities underscored the need to continue increasing the risk perception in the capital, which would help to popularly comply with the indications, as well as to increase active research in the 12 popular councils that have been identified as vulnerable in Havana.

Thirteen infections and no deaths today in Cuba from COVID-19