The number of infected on the island increased to 320, after confirming 32 new cases at the close of this Saturday. The death toll increased to eight and the number of hospitalized patients decreased to 1,887. 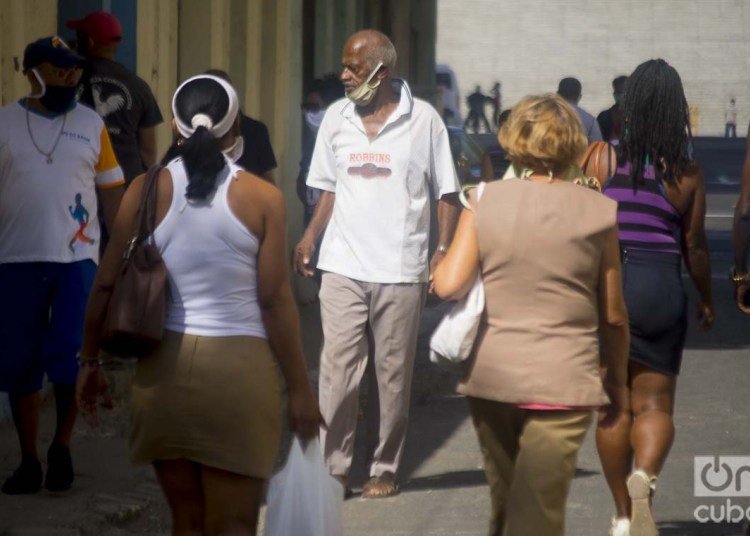 According to this Sunday’s report―which includes the data from the closing on Saturday―eight patients are in critical condition, and one in serious condition is added, which are now four. The remaining 283 hospitalized patients have a stable clinical evolution.

According to Dr. Francisco Durán, director of epidemiology of the MINSAP, for the second day more than a thousand (1,201) diagnostic tests (PCR) were carried out on the island, 649 of them at the Pedro Kourí Institute of Tropical Medicine, 225 in the Havana laboratory, 139 in Villa Clara and 188 in Santiago de Cuba.

The MINSAP report said that a total of 1,887 patients have been hospitalized, 291 of them suspects, while another 16,306 people are under primary health care surveillance at home.

For the second consecutive day, there were no arrivals of travelers from abroad (only one air operation from Italy was carried out with nine crew members), which responds to the suspension of commercial and charter flights to the archipelago’s airports, a measure announced in the middle of this week that just ended.

Although for a week non-residents have not been able to enter Cuba any longer, there are still 13,923 tourists on the island, of whom 6,827 are foreigners and 7,096 Cubans resident in other countries. In addition, 1,481 foreigners are still staying in rental houses, and work is underway to decrease that number as much as possible.

Cuban authorities affirm that the island is in a pre-epidemic phase due to the coronavirus pandemic. In any case, the government has taken severe measures such as the closure of schools and the withdrawal of foreign vessels from territorial waters.

On the other hand, activities in non-essential sectors have been restricted and public cultural and sporting events have been suspended, as well as political events and congresses scheduled for the months of April and May.

Home confinement has not yet been decreed for the entire country, but a community in Consolación del Sur, in Pinar del Río, is in quarantine, and El Carmelo People’s Council, in the capital’s Vedado district, began an isolation regime on Friday night.