The primary health care system provides monitoring to 15,793 vulnerable people, as part of preventive and control measures in the face of the spread of the new coronavirus. 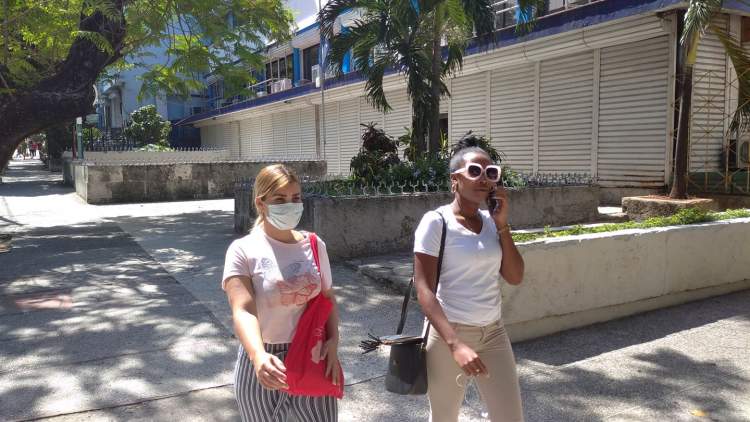 A total of 259 patients are currently hospitalized in Cuba for epidemiological surveillance in the face of the COVID-19 threat. Of them, 90 are foreigners and 169 Cubans. Since last January 25, 272 persons have been hospitalized, according to José Ángel Portal Miranda, the island’s Minister of Public Health.

Portal Miranda points out that no new cases are reported and that 15,793 people are being monitored by the primary health care system, as part of the preventive and control measures, given the spread of the new coronavirus, which is already affecting a total of 125 countries from where more than 156,000 cases are reported.

Of the four confirmed cases on the island, three are Italian citizens.

The other case is a Cuban resident in the province of Villa Clara. All are maintaining a favorable evolution.

Regarding the two direct contacts of the Cuban patient, including a one-year-old girl, both tested negative for the COVID-19.

Among the hospitalized was the case of Adrián Fleites Zapata, the patient who may have been case zero in Cuba, as he was in direct contact with an infected woman from Panama in recent days.

The architecture student at Cujae had published on social networks about his situation while he was hospitalized under suspicion at the Pedro Kourí Institute of Tropical Medicine (IPK), along with other family members after it was confirmed that his sister, living in Panama, tested positive for COVID-19.

Fleites was discharged this March 14.

Studies for COVID-19 have been carried out on 51 people, including the four confirmed, and there are still others tested for respiratory viruses, most of them positive for Influenza A, a common pattern at this time of year, explained Portal Miranda at the meeting with Cuban President Miguel Díaz-Canel and other officials from the Caribbean nation.

During the meeting, it was announced that 1,442 beds have been enabled in 11 hospitals throughout the country. To these are added another 867 in 10 isolation centers, as well as 175 ambulances prepared with the necessary equipment to transport suspected or confirmed cases.

Regarding the presence of Cuban medical collaborators in 23 countries where the epidemic is already present, no problems have been reported at the moment, the Minister of Health highlighted.

At the meeting, care in educational centers also drew attention. Minister of Education Ena Elsa Velázquez explained that sick children cannot be taken to schools or daycare centers, and called on teaching staff not to attend classrooms if they have respiratory symptoms.

As part of the Plan for the Prevention and Control of the new coronavirus, 25,000 facemasks have been produced in more than 100 workshops in the country, reported Minister of Domestic Trade Betsy Díaz Velázquez, a number that will continue to increase; the minister also assured that the sale of toiletries will start being stabilized.

The authorities are planning the sale per family nucleus of a liter of 1% sodium hypochlorite, reported Dr. Yanaris López Almaguer, director of environmental health at the Ministry of Public Health.

Despite the measures taken, Cuba maintains the regular entry of foreign visitors to the island, as was reported previously by tourism officials, although epidemiological control is maintained for those who enter the country.

Another of the measures taken in the country was the cancelation of massive cultural events, artistic shows in the main theaters, movie and music houses, among other cultural centers, as well as concerts and popular festivities.