The law and order forces attended more than 1,050 complaints about illicit economic activity, hoarding, infractions of the regulations on consumer protection and traffic of currencies, mainly in the capital of Sancti Spíritus and in Jatibonico, according to the local press. 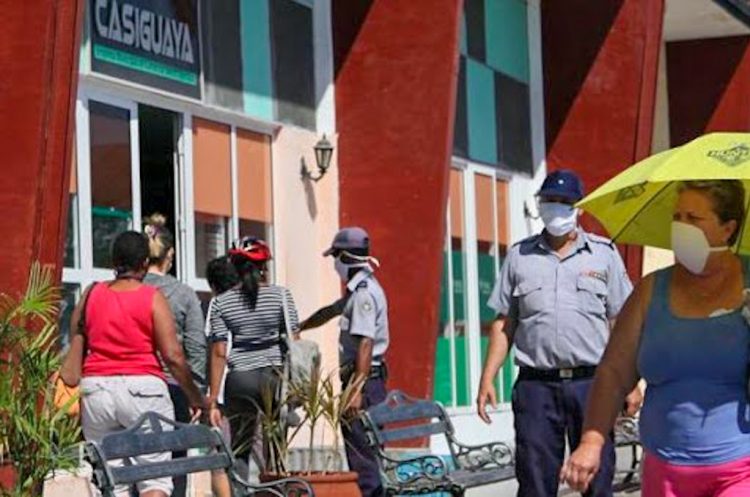 Between last January and May, the police dismantled more than 60 warehouses of food and toiletry, cleaning and hardware products, 19 illegal factories, and three bodywork and painting workshops in the central Cuban province of Sancti Spíritus, according to local media.

The law and order forces attended more than 1,050 complaints about illicit economic activity, hoarding, infractions of the regulations on consumer protection and traffic of currencies, mainly in the capital of Sancti Spíritus and in Jatibonico, reported the Escambray newspaper.

As part of the police operation, dozens of houses were discovered that functioned as warehouses for agricultural products such as fruits, corn, rice and meat, as well as toiletry and cleaning supplies.

Likewise, illegal factories that made rum, soft drinks, sweets, tobacco and bread were deactivated, according to the publication.

According to figures provided by the Sancti Spíritus police, more than 1,290 pounds of beef and pork, 36,462 boxes of cigarettes and 7,828 units of toiletries were also seized.

In addition, through the application of Decree 30 of 2021, which establishes contraventions to the price policy, until May 278 fines were imposed whose amounts total more than 900,500 pesos.

The Sancti Spíritus media affirmed that the police operation in that territory has focused on “ensuring compliance with the regulations in the state and private commerce sector.” As part of this, more than 280 people have been fined and 73 have been warned for committing infractions fundamentally related to violations in the weight and poor preparation of products, adulteration of prices, and non-compliance with hygienic-sanitary measures.