The deceased is a 45-year-old Russian tourist with a history of diabetes, who was in critical condition. 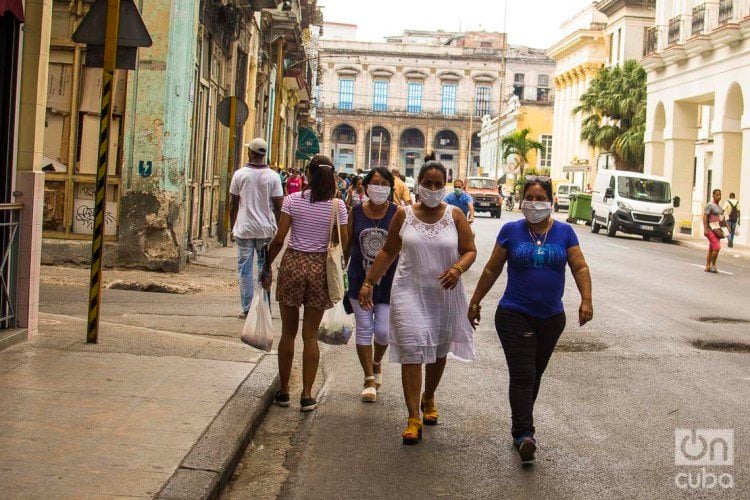 Cuba closed this Wednesday with 10 new confirmed cases of COVID-19, as reported by the island’s Ministry of Public Health (MINSAP). The new positive cases bring the number to 67.

In addition, it reported its second death, a 45-year-old Russian tourist with a history of diabetes, who was in critical condition.

According to the note from MINSAP, there are 1,603 patients, 148 foreigners and 1,455 Cubans, hospitalized for clinical-epidemiological surveillance in the isolation and care centers created for this purpose. Another 36,056 people are under primary health care surveillance in their homes.

At the close of yesterday, March 25, 10 new cases were confirmed, for a total of 67 in the country.

A total of 1,603 patients are hospitalized for clinical-epidemiological surveillance

After the death of a second patient, 63 remain in hospital, of which one continues to be reported in critical condition and another was reported as serious, the latter only 38 years old and with a diagnosed right-base pneumonia. Both are Cuban.

MINSAP explained that “medical teams of specialists in intensive care and a group of experts from the Ministry of Public Health maintain permanent care and follow-up” of both cases.

The rest of the patients, the note affirms, present a stable clinical evolution.

Among the 10 new confirmed cases is a 48-year-old Russian tourist, a contact of the recently deceased patient from that country. She is hospitalized the Pedro Kourí Institute of Tropical Medicine (IPK), in Havana, with a satisfactory evolution so far.

The remaining five are Cubans who have come from abroad. The note specifies that these are four women and a man, aged between 31 and 85 years, who arrived in Cuba from the United States (3), France and Guyana. They are currently hospitalized in institutions in Matanzas (2), Havana, Villa Clara and Ciego de Ávila, and have a “satisfactory evolution so far”.

Dr. Francisco Durán, director of Epidemiology of MINSAP, reiterated this Thursday at a press conference that community transmission has not yet been detected in Cuba, but warned of the risk of not complying with the measures adopted by the government in view of the possibility of asymptomatic carriers or people who have not yet developed symptoms due to being in an early stage of the disease, during which, however, they are capable of infecting others.

In this sense, he asked the population to increase the perception of risk, to stay at home and to use a facemask as a protection measure when it is necessary to go out and be in contact with other people.

According to data from the World Health Organization (WHO), as of Wednesday, 171 countries had been reported with COVID-19. The number of confirmed cases exceeded 416,000, while the deceased already numbered more than 18,500, for a case fatality of 4.4%.