Minister of Public Health José Ángel Portal affirmed that visits to the doctor by vulnerable groups such as pregnant women, children and the elderly will continue. 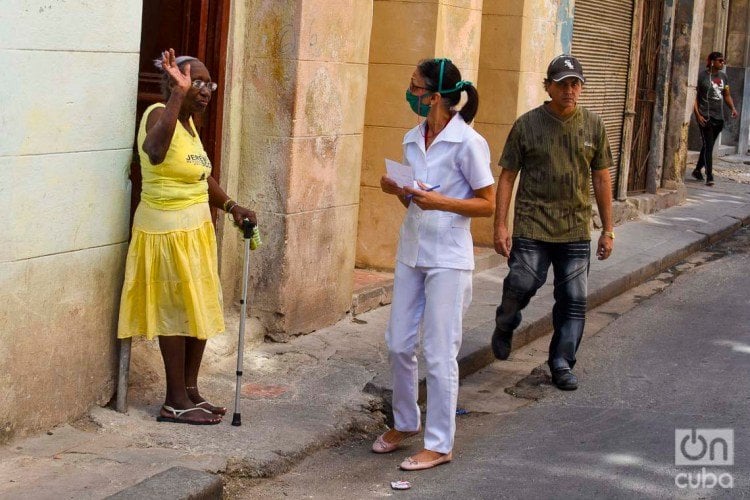 Given the threat of the coronavirus pandemic, Cuba is reorganizing its health services to avoid the unnecessary influx of people to health institutions, Minister of Public Health José Ángel Portal reported this Tuesday.

During his appearance in the Mesa Redonda television program, the Cuban minister affirmed that visits to the doctor by vulnerable groups such as pregnant women, children and the elderly will continue and will be intensified.

Likewise, transplant surgical operations, oncological surgeries and other vital services will continue to be carried out, according to statements cited by the Agencia Cubana de Noticias news agency.

From now on, stomatology clinics will only offer emergency services, while spaces are being prepared within centers dedicated to the isolation of suspected patients for stomatological care, if necessary.

Portal added that the Ministry of Transportation will take charge of the transfer to the isolation centers of travelers arriving on the island, and highlighted the preparation and stability of the personnel in these institutions.

The Cuban government decreed the closure of the border to international tourism as of Tuesday, but it will receive all residents on the island, who must remain in centers prepared for a health quarantine, under observation for 14 days.

MINSAP has launched a house-to-house screening system, carried out by medical personnel and medical students, which have already reached more than three million people, according to Portal.

In addition, the minister assured that in daycare centers―which will be kept open to tend to the children of working parents―there are rigorous hygienic conditions.

Update: 57 infected by coronavirus in Cuba

The Cuban health authorities reported this Wednesday that the number of people infected by the coronavirus on the island stood at 57, after reporting nine more positive cases at the end of the day on Tuesday.

According to the note released by MINSAP, 1,479 patients are hospitalized in Cuba under conditions of “clinical-epidemiological surveillance,” 116 foreigners and 1,363 Cubans; another 36,526 people remain isolated in their homes.