In addition, at the end of this Friday, there were no deaths from the disease and 40 discharges. 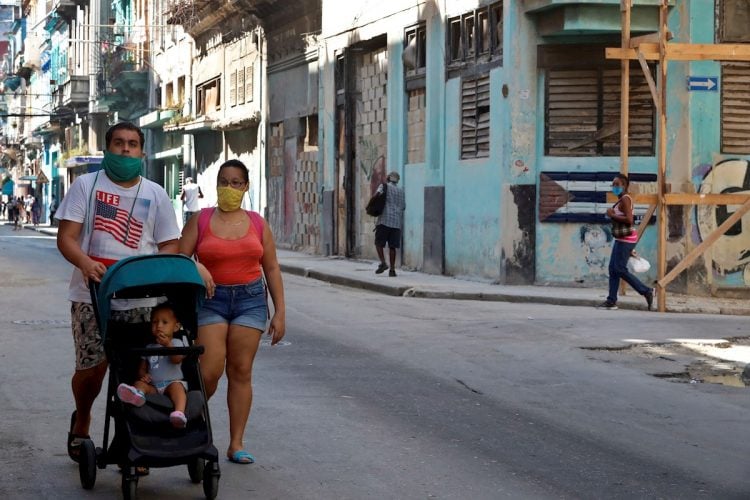 A couple walks their son in Havana. Photo: Ernesto Mastrascusa/EFE.

Cuba reported another 39 people infected with COVID-19 at the end of this Friday, a day in which there were no deaths from the disease and there were 40 discharges.

Pinar del Río was once again the province with most of the new cases, with 29, all autochthonous, while Havana reported four, two of them imported. The rest were from Matanzas (three cases, all imported), Villa Clara (an autochthonous case), Las Tunas (an imported one) and Santiago de Cuba (an imported one).

Now Cuba has a total of 7,267 cases detected since the beginning of the pandemic, while the number of deaths remained at 130 and that of recovered rose to 6,582. The evacuees are still two.

In addition, 3,574 patients are hospitalized, of them 1,916 under surveillance, 1,105 suspects and 553 confirmed. Of the latter, 549 have a stable clinical condition, while five are in intensive care: three critical and two serious.

As for the new cases detected this Friday, 37 are Cubans and 2 foreigners: one from Switzerland, reported in Santiago de Cuba, and one from Poland, detected in Matanzas, according to the report by the Cuban Ministry of Public Health (MINSAP).

Finally, MINSAP stated that the most recent infections were detected after 9,664 PCR tests were carried out during the day. In this way, Cuba has processed a total of 901,541 samples, of which only 0.81% were positive.