The aid comes from Spain to benefit a group of displaced young people studying in several Cuban institutions. 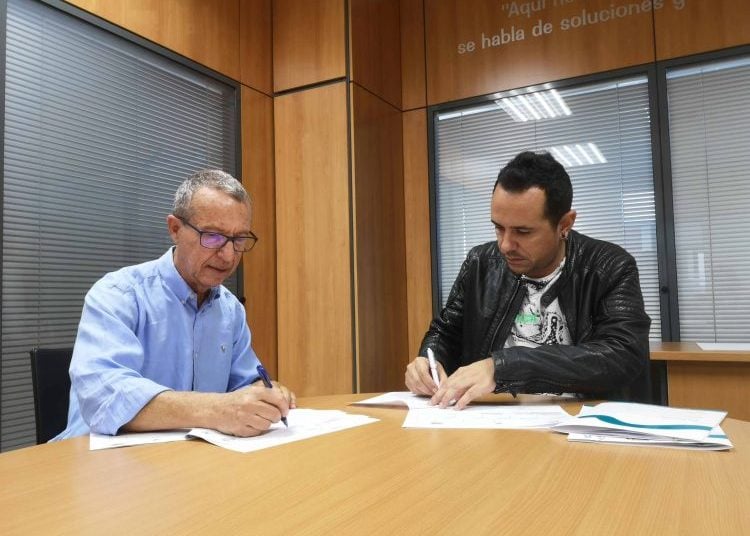 The Town Council de Fuerteventura offered 20,000 euros for scholarships to the Canarian Association of Solidarity with the Saharawi People, to financially support a group of 100 displaced students in Cuba, where they are carrying out university studies in 15 centers of the Caribbean nation.

The Minister of Citizen Participation, Pau Quiles, and the representative of the Canary Association of Solidarity with the Saharawi People, Octavio Melián, signed the agreement that will improve the conditions of these young people in Cuba.

The lack of infrastructure, physical, personal and economic means forces Saharawi leaders to move their students to countries that provide collaboration in the educational sector, the largest of the Caribbean islands being one of the few Spanish-speaking countries that has offered to accommodate Saharawi students and grant them places in their educational centers for free.

When arriving in Cuban territory, these young people receive an initial course that prepares them to face studies in various degrees such as Medicine, Engineering, Economics, Humanities, English Language, among other university degrees.

The Town Council of the Canarian province contributes a subsidy for the care of these displaced young people for educational reasons, in terms of their maintenance and in the other expenses derived from the transfer, being directly linked to the foreign aid received, such as this case.

Minister Pau Quiles has stated that “the collaboration of the governments friends of the Saharawi people makes training possible, but many other basic aspects of the survival of these displaced students require a specific contribution that guarantees minimum living conditions.”

Therefore, the Town Council has contributed 20,000 euros to students so they may have a dignified training in an appropriate environment, favoring, among other objectives, “the creation of Saharawi professional technicians in priority disciplines to provide health, social or educational services, among others, to the Saharawi community of the Tindouf Refugee camps,” he added.

For the president of the Town Council, Blas Acosta, “the historical conditions suffered by the Saharawi people make the formation of their youth a priority objective, which deserves not only an added effort of the population itself, but one of the most valued causes of international solidarity.”

In October 2019, around 20 Saharawi students arrived in Cuba, several from the Simón Bolívar School, based in Tindouf, where they trained in different subjects taught by Cuban teachers, a press release from the Cuban Foreign Ministry said.

In December 2019, Cuban President Miguel Díaz-Canel received the president of the Sahrawi Arab Democratic Republic and General Secretary of the Polisario Front, Brahim Ghali, who arrived in Cuba on an official visit.

Don't count on me to hate because I have two homelands