A total of 1,756 contracts have been registered, of them 1,669 for imports and 87 for the export of products and services, as reported on Twitter by Vivian Herrera, director of foreign trade at MINCEX. 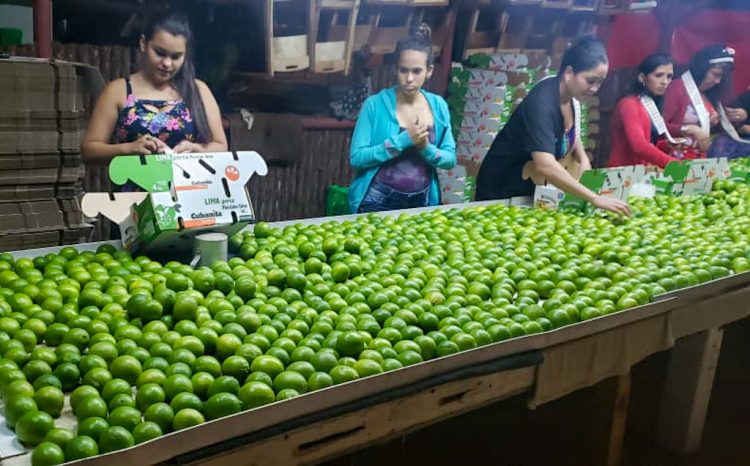 More than 1,700 import and export contracts have been signed to date in Cuba between the private sector and the state enterprises in charge of handling these operations, reported the island’s Ministry of Foreign Trade and Foreign Investment (MINCEX).

A total of 1,756 contracts have been registered, of them 1,669 for imports and 87 for the export of products and services, as reported on Twitter by Vivian Herrera, director of foreign trade at MINCEX, who pointed out that exports increased by eight with respect to the previous week.

These figures represent growth compared to five months ago, when only 25 contracts had been signed for export, and 431 for the import of products and raw materials by producers and non-state cooperatives. At that time, fruits and vegetables, handicrafts, charcoal and ecological wood were among the products of the Cuban private sector “with a higher presence in the international market.”

This increase is part of “the efforts being made on the island to increase the management of all economic actors,” pointed out the official newspaper Granma, which recalls that “this strategy was promoted since the middle of last year, with the authorization of a group of state entities to provide contract management services between private workers and foreign clients.”

So far, there are 41 state enterprises authorized to manage private sector imports and exports, added the publication, according to which this has the purpose of “boosting the economy and facing the crisis caused by the COVID-19 pandemic,” while contemplating “export and import facilities” for forms of non-state management, regulated in various resolutions and a regulation.

“The idea is that the exporter is the one who receives the greatest benefits since 80% of the income in a foreign currency will remain in his hands, while the remaining 20% goes to the economy in national currency,” explained the head of MINCEX, Rodrigo Malmierca, cited by Granma.

Previously, Malmierca had affirmed that this modality was approved by the authorities with the aim that “Cuban exports grow, for imports to be more rational and encouraging the linkage between the different productive sectors” and “not so that the enterprise (state-owned in charge of providing this service) becomes more profitable.”

The official daily pointed out that “in order to continue developing exports through an organized process respecting the established rules, small farmers who are not cooperative members or who hold state lands in usufruct, artisans and creators have joined this foreign trade activity.”

However, specialists are of the opinion that, due to the existing potential in the island’s private sector, the possibilities of exporting and importing are much greater than the figures reached so far, and have suggested changes in the existing mechanisms and regulations with a view to giving greater stimulus and facilities to non-state forms of management and their contribution to the Cuban economy.