The director general of the organization, Brazilian José Graziano da Silva, met with the island’s foreign minister, Bruno Rodríguez, as part of his agenda in Cuba. 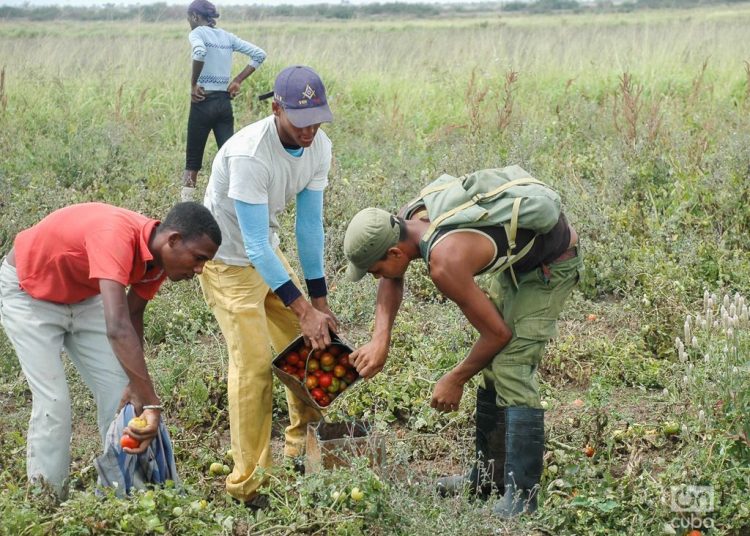 The director general of the FAO, Brazilian José Graziano da Silva, this Monday thanked Cuba for its “commitment” to eradicate hunger and malnutrition, during a meeting with the island’s foreign minister, Bruno Rodríguez.

Graziano da Silva, who will leave his position at the head of the United Nations Food and Agriculture Organization (FAO) on July 31, traveled to Havana to attend the 7th Continental Congress of the Latin American Coordinator of Rural Organizations and Farmers Road, which ended this Sunday in the Cuban capital.

The official posted an image of the meeting on his official Twitter account, where he thanked Rodríguez for “the country’s commitment to the eradication of hunger and malnutrition.”

“The right to food must be a priority for all the world’s governments,” he affirmed.

In the same social network, the Cuban foreign minister said that during the talks they both ratified “the good state of the historic relations of cooperation” between FAO and Cuba, and “the common interest of continuing to strengthen them.”

Rodriguez highlighted “the valuable and committed work” of Graziano da Silva at the head of the organization, “particularly in favor of food security and the fight against hunger in the world,” a brief note from the Foreign Ministry reported.

The FAO representative on the island, Marcelo Resende, and the deputy director of the Organization’s Associations Division, Rodrigo Castañeda, were present at the meeting, in which the General Director of Multilateral Affairs and International Law of the Cuban Ministry of Foreign Affairs, Rodolfo Reyes, also participated.

In addition to the meeting with Rodríguez, the FAO director general plans to hold talks with Cuban Minister of Foreign Trade and Investment Rodrigo Malmierca and Minister of Agriculture Gustavo Rodríguez Rollero.

He will also meet with the ambassador of the European Union in Cuba, Alberto Navarro.

José Graziano da Silva, a Brazilian agronomist and economist born in the United States, in 2011 became the first Latin American elected as director general of FAO, a position he has held since 2012.

He traveled to Cuba for the first time as director of the organization in May 2013, a visit during which he highlighted the work of the Caribbean country as one of the first to achieve the goal of halving the absolute number of hungry people.

The island was one of the founding nations of the organization, created in 1945, but it was not until February 1978 that the FAO established an official representation in Havana.

In 2015, FAO revealed that it had provided financing to Cuba for an amount ranging between 65 and 70 million dollars for agronomy and food assistance projects.

In 2017, the agency activated a special emergency fund to assist in the rehabilitation of agricultural and fisheries production in Cuba, in the face of the ravages caused by the intense Hurricane Irma.