During an analysis of the situation of shortages currently affecting the capital’s agricultural markets, the Havana authorities affirmed there are no prohibitions at the entry points of the city for those legally transporting food. 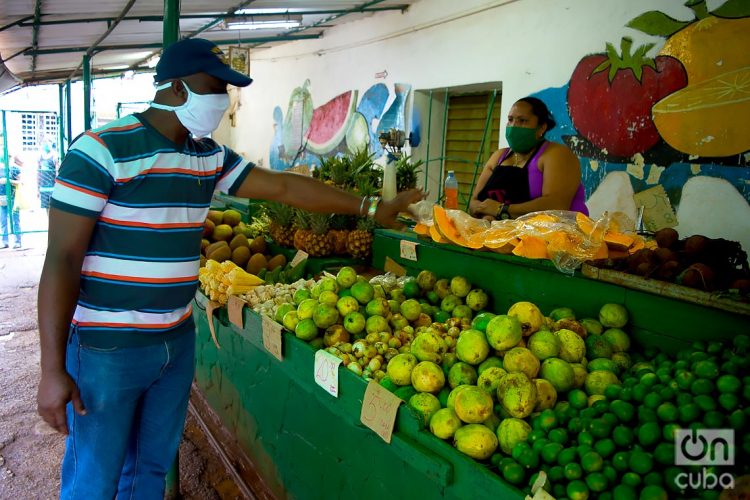 The president of the Havana Provincial Defense Council, Luis Antonio Torres, said “there is no limitation” on the entry of trucks with agricultural products to the capital from other provinces.

During an analysis of the situation of shortages currently affecting the capital’s agricultural markets, the Havana authorities affirmed there are no prohibitions at the entry points of the city for those legally transporting food, the local press reported.

“In Havana there is no limitation regarding this matter, so the food has to come in,” Torres clarified, and said that the neighboring provinces of Artemisa and Mayabeque “must make internal agreements” so that the food arrives on time, despite existing controls at provincial borders to prevent the spread of COVID-19.

The agriculture officials of Artemisa and Mayabeque explained that the control actions to “eradicate illegalities” within the agricultural sector in their provinces have discovered workers who don’t have documents of origin of the merchandise.

Likewise, these controls have prevented producers who have not complied with their commitments with state entities from selling in establishments in Havana.

Torres clarified that “the farmer who complies with his state agreement, can lease a state vehicle, private or from a cooperative and sell his surplus in the city.”

At the meeting, it was reported that the plantain and sweet potato crop have been affected due to the rains caused by Tropical Storm Laura and other recent meteorological events. This situation must be resolved with the country’s help to the capital, the government representatives affirmed.

The current outbreak of COVID-19 contagions forced the authorities to close Havana in early August. However, given the exponential increase in new coronavirus positive cases, the government decided to toughen isolation and social distancing measures last week.

Among other limitations, public transportation within the city was suspended, as well as travel to and from the province.

In addition, rigorous sanitary controls were established at the entry points to the Cuban capital, which have been held responsible by transporters and users of social networks for limiting the entry of food into the city, something now denied by the Havana authorities.