This new outbreak is characterized by having a wide dispersion in all municipalities and a great incidence in the institutions due to non-compliance with measures. 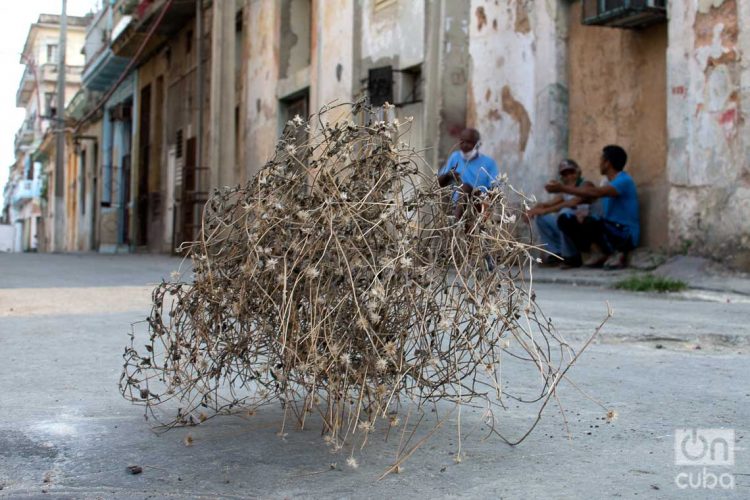 In the neighborhood of Los Sitios. Photo: Otmaro Rodríguez

Faced with the outbreak of COVID-19 Havana is experiencing, the authorities of the Cuban capital announced a new package of measures that seeks to contain the spread of the disease.

Among the restrictions, which will come into effect on September 1, is the prohibition of mobility between 7:00 p.m. and 5:00 a.m., except for exceptional cases and transportation authorized due to its function.

Although the measures applied to stop the increase in positive cases of the new coronavirus have had favorable results, the decrease in active cases is very slow, said Raúl Guinovart, dean of the Faculty of Mathematics and Computation of the University of Havana.

He specified that since the beginning of August the country has been experiencing an outbreak, since on July 24 there were only 39 active cases and the situation was favorable. The numbers, however, changed.

On August 7, he said, more than 300 cases had already accumulated again and the country’s authorities took swift action to try to stop the exponential growth. One of them was to decide that Havana return to the phase of Limited Autochthonous Transmission.

On August 10, there were a total of 496 cases. That same day public transportation in the capital was paralyzed and the entry and exit of people to the province was limited, which, added to other measures, brought about a stop to the growth of cases.

August 15 was critical: 634 patients, and that’s where growth, which had been quite accelerated, stopped. In just 15 days the number of hospitalized persons increased by 600.

Guinovart also explained that despite the authorities’ rapid action, in recent times the growth has stopped at 500 active cases, so the cone of possible scenarios is wide, and between 80 and 300 active patients are estimated per day.

He said that on August 1, the country had reported a total of 2,633 cases and today this number is 3,806, and that the growth rate of 1,300 cases in a month could lead the country to the tense situation of reaching 5,000 cases.

Finally, he made a call to comply with epidemiological measures and to increase the perception of risk. This, he said, is for now the only solution to help the graph run within the best scenarios and control the pandemic.

Given this situation in the west of the country, especially in Havana, the authorities have decided to implement new restrictions to reinforce social isolation. This new outbreak, said the governor of Havana, Reinaldo García Zapata, is characterized by having a wide dispersion in all municipalities and a high incidence in the institutions due to non-compliance with the measures. Currently, the capital has 6 events and 153 outbreaks that are open, in which actions are being taken to prevent further contagions.

The new measures are, among others, the following: