The closure will take place in a large part of the seaside avenue, from 9:00 p.m. and "until the scheduled cultural and recreational activities in this place conclude." 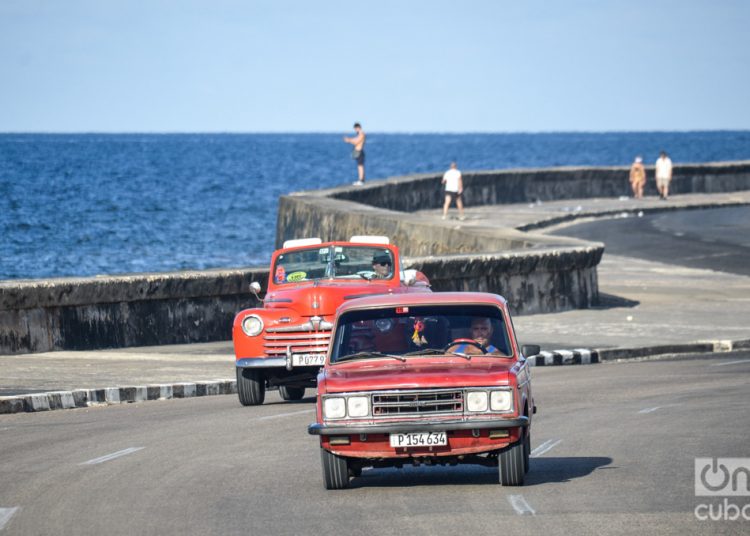 Havana’s Malecón, one of the most famous and crowded places in the Cuban capital, will close to traffic on Saturday and Sunday nights, a week after a tragic accident occurred in that area, leaving a toll of five dead.

A note from the Provincial Road Safety Commission, published in the newspaper Tribuna de La Habana, informs “the population and in particular the drivers of vehicles” that during the weekends, as of next Saturday, May 25, “the closure will be stipulated” of part of the Malecón seaside avenue, a route usually used to quickly connect several municipalities in the city.

The closure will be “along the stretch from Peña Pobre Street in Old Havana to 15th Street, where La Piragua is located, in Vedado,” starting 9:00 p.m.

The note does not specify a time for the end of the prohibition and instead suggests that it will remain “until the cultural and recreational activities scheduled in this place conclude,” in reference to concerts, popular festivities and other activities that are usually held in that part of the avenue.

Neither does it clarify the extension date of the measure, which will be in force “as long as it is necessary.”

As an alternative, the Provincial Road Safety Commission ―which apologizes “for the inconvenience that these measures may cause”― informs the drivers about the routes they can use during the banned time, among them Zulueta, Infanta, 23, Línea and Reina. It also notifies about the changes that the measure will cause in several urban bus routes.

In addition, it “urges” pedestrians and drivers “to comply with the regulations established” in the note and “to be attentive to the directions of the law-enforcement agents, with the aim of avoiding the occurrence of traffic accidents.”

In the early hours of Sunday, May 19, an accident occurred at the intersection of 23rd Street and Malecón Avenue, a place that is in the now-banned area, killing five people ―one died immediately and four others in the next few hours― and injuring close to twenty.

“The incident occurred when a 1952 Mercury vehicle from the private sector, which was driving through the center of Malecón Avenue” and “driven by a 33-year-old man, changed direction and climbed on the sidewalk, and ran over the people who were there,” according to the report issued by the Cuban Ministry of the Interior.

The official investigation confirmed that the driver “had consumed alcoholic beverages” and had a long history of infractions, while the car “had not passed through the technical revision plant since 2007,” “was traveling at great speed and with loud music” and the car’s brakes “were deficient.”