The island plans to produce just 180,000 tons this year, of the around 700,000 estimated for national consumption. 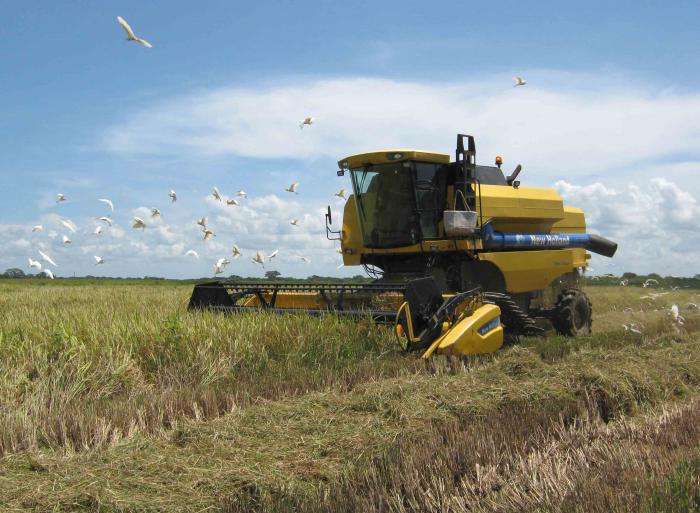 Cuba plans to produce just 180,000 tons of rice in 2022, “very far from the calculated demand” for national consumption, which is estimated at about 700,000 tons, according to the island’s official press.

The harvest of this traditional food of Cubans has been affected by factors such as the increase in its costs after the monetary reorganization process, the limitations with fuel and the fluctuation in the availability of imported inputs, such as urea, according to a Granma newspaper report.

“Faced with this tense situation, which translated into a reduction in planting and national yields, the country had to increase import volumes of the grain” in recent years, a formula that must be applied again in 2022, with the inconvenience that the import price has increased to around 200 dollars per ton compared to 2019, the report explained.

“For the Cuban family, this complex economic context implies having to continue dealing with the tensions generated by not having the availability of buying non-ration card rice,” it added.

The 11.2 million Cubans consume a monthly average of 11 pounds of rice, which means more than 60 kilograms per capita per year, according to an EFE dispatch. The Spanish news agency points out that Vietnam is the main supplier of grain to Cuba and recalls recent donations made to the island such as that of the Chinese company Yutong, of 300 tons, acquired through Colombia and valued at 210,000 dollars.

Cuba imports between 60 and 70% of the food it consumes with an approximate cost that exceeds 2 billion dollars a year, according to official data. In the case of rice, its production has also been affected by “the impact of the global economic crisis derived from COVID-19 and the tightening of the U.S. embargo,” Granma said this Tuesday.

According to that text, “in the projection of the rice program until 2030, it is estimated that the country will contribute, based on national production, some 600,000 tons, which would represent 86% of the annual demand,” a figure far removed from the current situation, marked by a decrease in recent years.

Granma itself acknowledges that “it is urgent to reverse the grain import matrix with more harvests and greater efficiency in the industry,” for which, it states, “adjustments between costs and profits are required to encourage productivity.”

In this regard, it reports that “the newly created Fund for Agricultural Development will benefit rice cultivation with 447 million pesos, which must be executed during the 2021-2022 campaign.”