In the debate, the contradiction, the oppositions, the diverse and divergent visions, lying is not ethical. 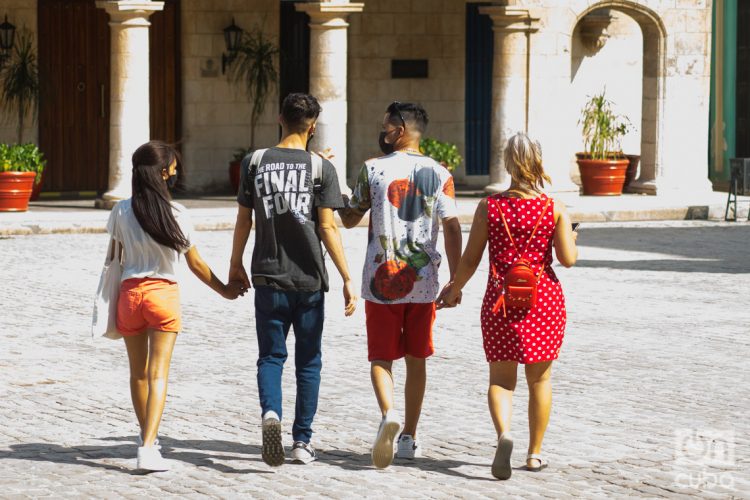 The right to have a right! An idea that appears strongly in the debate on the Family Code. This regulation does not limit rights, but rather diversifies and expands them. Now we will have, in terms of families, more subjects of rights, that is, people whose identity is recognized and legal protection is sought for them.

Many of the arguments presented against the Code, as Duglas Calvo affirms, are not about defending rights, but for oppressing the rights of others. In this act, on occasions, people lie, misrepresent, disclose statements that are not in the spirit or in the “letter” of that law. It is a right to oppose, argue disagreements, present alternatives of another nature, but not lie, or deny rights that are not detrimental to one’s own.

It would be good to ask, especially to those who today are going crazy with the new Family Code:

How does it affect your right that a heterosexual woman wants to bear the surnames of her two mothers?

How does it affect your right that two men decide to marry, and see in that opportunity their connection with God?

How does it affect your right that a grandmother has all the rights over her grandchildren when mom and dad decided not to be present anymore?

How does it affect your right that an elderly woman inherits the assets that she shared for decades with her lesbian partner?

How does it affect your right that a couple resorts to adoption after years without achieving a successful pregnancy?

How does it affect your right that two lesbian women can conceive a child together?

How does it affect your right that an elderly person does not have to wander because his family does not want him inside the house?

How does it affect your right that two men resort to a solidarity gestation to love, care for, educate, respect and share values ​​of solidarity and acceptance with a girl?

How does it affect your right that a person has more than one mother and one father?

How does it affect your right that a man on his own adopts a child?

Having a conservative view of the world, of family relationships, of the bonds between parents and children, of human behavior in general, is not reprehensible. Living accordingly, either. Yes, it is reprehensible when conservatism becomes fundamentalism, where nothing different has the right to exist, and worse, where what is different must be eliminated.

Having rights is the middle ground for human coexistence. It is a limit that regulates the relationship between arguments, motives, meanings of life, and acceptable social behavior. Having arguments against it is not a means to all ends. In the debate, the contradiction, the oppositions, the diverse and divergent visions, lying is not ethical.

According to the current Code, and maintained in the proposed amendment, only a Court may determine the separation of a minor from his family, as a measure of last resort, which would be reviewed periodically. However, the new Code includes as a novelty the rights of children and teenagers: to be heard, to participate in decision-making (according to their age and interest); enjoy family and community life; receive support and guidance; right to the free development of their personality, to grow up without violence, abuse, negligence or exploitation; rights to rest, play, recreation, among others.

The new Code provides the right to have various types of filiation. Children can be so through natural procreation, that is because mother(s) and father(s) achieve a full-term pregnancy. By adoption, where a child is integrated into a family, with the best interest of growing up in a family environment, with well-being and comprehensive development. By assisted reproduction, where various methods are used to facilitate procreation. Due to legally recognized socio-affective ties, for example, with the mother’s or father’s partner who wishes to legally assume that bond.

Even though the term obedience does not appear, the new Code strengthens the right of mothers and fathers who seek it in a rational and fair manner; with authority, but without authoritarianism; with limits, but without impositions; with permanent dialogue and conversation, with clear agreements and not with orders without the right to negotiate; right to obedience based on example. Contrary to this notion is an obedience that subordinates the interest of children to the will of adults; punishment with force and without mercy; without the right to express emotions, and with fear, shame and sadness as an educational resource; obedience that tries to control the behavior of children, and not that of adults.

The current scenario of polarization that Cuba is experiencing, has an evident area of ​​dispute in the Family Code. Political fundamentalism with evangelical language returns to the public arena; a position that essentially attempts against the right we have as a nation to redirect the historical project of the Cuban Revolution, based on equality, dignity and popular sovereignty. We are in the presence of a campaign without limits, contrary to the legislation that today, with greater amplitude, recognizes and expands rights. If it is stated that opposing the Family Code is saving the Cuban people, they are lying.