The country’s most advanced Cuban prototype COVID-19 vaccine is due to enter phase III of clinical trials in March. 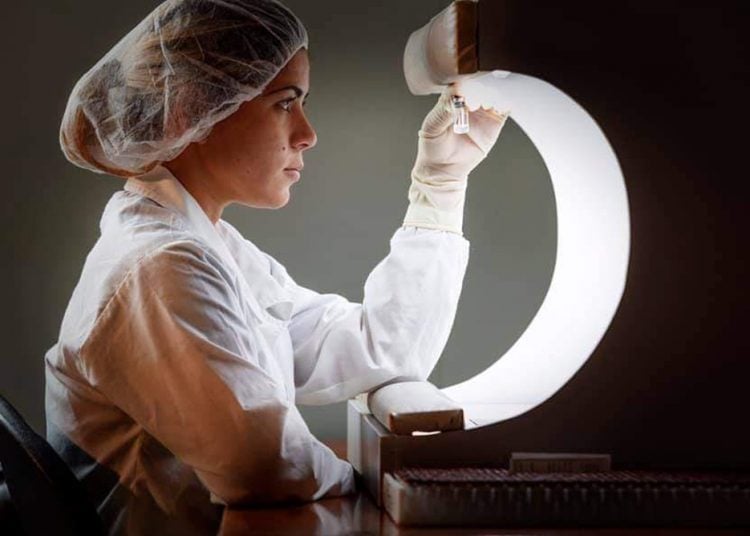 Soberana 02 is the most advanced Cuban vaccine candidate to date. Photo: taken from the official Twitter of the Cuban Ministry of Sciences.

The large-scale production of the Cuban Soberana 02 COVID-19 vaccine candidate has started at the National Center for Biopreparations (Biocen), authorities from the BioCubaFarma business group and the Finlay Vaccine Institute confirmed.

It was learned in a note published by the official media on the island that the mass production of this prototype in Biocen’s bioparent plant is due to its upcoming use during phase III of clinical trials, which should begin in March.

The note says that Soberana 02 is the most advanced of the four vaccine candidates that are in different stages of clinical trials, all with positive results at the moment: Soberana 01, Mambisa and Abdala.

The current health emergency being experienced by Cuba and the rest of the planet due to the SARS-CoV-2 virus makes the production of these products a challenge for Cuban science, always complying with quality standards and with sufficient productive capacities, the source specified.

The Cuban biopharmaceutical industry announced that the production of the first batch of 150,000 bulbs of Soberana 02 had concluded and work is already underway on the second group of this vaccine candidate, which began phase II of clinical trials on December 22, 2020, a stage in which around 900 volunteers were involved.

This prototype is a conjugate vaccine where the virus antigen, receptor binding domain (RBD), chemically binds to tetanus toxoid, as confirmed by specialized sources.

If all the health protocols are met, Cuba would be one of the first countries in the Latin American and Caribbean region to have a COVID-19 vaccine ready, to begin mass vaccination in the second half of this year.