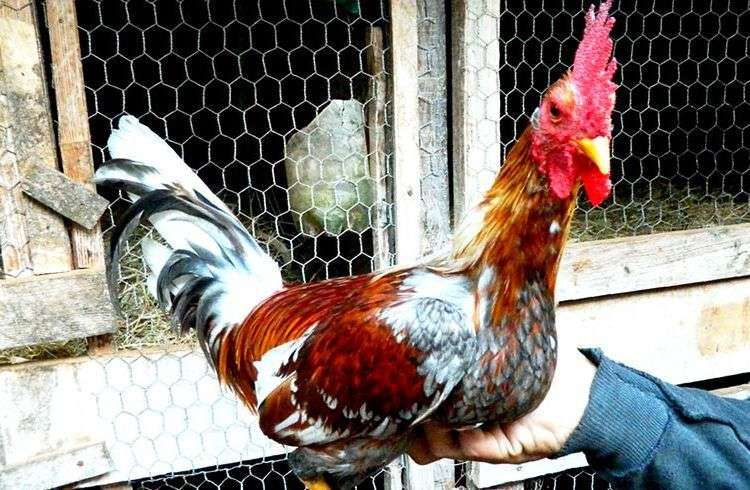 The breeding and fight of cocks in Cuba is much more than a sport or fertile land for gamblers: is essentially a lifestyle and the strongest tradition in the Cuban countryside, so entrenched that in the country cock fighting is completely legal. What is illegal is the world gathered around the fence.

Chino already turned 48 years old and has been in this hustle over 40 of them, so he proudly admits that are a fundamental part of his life. After so long in the village everyone respects his views on the subject, without being a professional raiser, he is one of the most knowledgeable men of the business and one of the luckiest in the pens.

“This is about a lot of detail, as they are very delicate animals in their upbringing and preparation. So we need someone dedicated to it full time, “he explains. There are now three main breeds in Cuba: the Gaucho Oriental (also called Argentino), the Corner and the Criollo, which is the most traditional and comes from the nineteenth century with the mambises.

By the time the cock is seven or eight months old is sent to a place where it is prepared for at least three months with training sessions, proper meals at regular hours. There they also get the feathers cut, both below and above the spine, “it is not only a tradition, but because that way cocks do better in fights,” Chino said.

The fights take place in state or underground pens, these latest sites that everyone knows and very few bother. The very famous legal locations, some as Alcona -located outside Havana and endorsed by the Commander of the Revolution Guillermo Garcia, recreation spaces are built and managed by Cuban institutions have built an entire world around fights.

There pen´s associates measure their cocks, who get in free and usually have two animals on each date. But in state pens action is not constant, with peak activity from the last half of December to mid-August the following year.

Moreover, private pens are in the bush, hidden though they are apparently not bothered by the police. In these sites they have also generated offerings to meet the patrons: lunch, selling souvenirs and whatever you can imagine. These pens usually derive their income from tickets, which range between 60 and 80 pesos (about $ 3) per person.

In both locations they share passion for cocks and gambling, which are an accepted phenomenon. In Cuba cockfighting is legal but betting is not; however, those in charge of the premises only ask the players for discretion. It is inevitable and in some places the reach up to 200,000 pesos (about $ 8000) per fight. However, says Chino, no one talks of illegal gambling, and no one prevents them. “I myself have fought mine up to 20 thousand pesos,” he explains.

But money- so much money- also brings the risk of the cheat and poison disguised as medicine in the spurs (ointment). To counter this, in the Alcona pens there are laboratories, explains Chino, but the solution in the bush was to appoint a person to clean the spurs and give the cock something to drink. Yes, the culture of the fighting cocks in Cuba is strict on this issue and professionals despise cheaters for tarnishing the good name of this practice.

“Among us we don’t accept cheating, at least not among those who have devoted a lifetime to raise cocks. Nor is it usual, which usually happens in little pens where they are unscrupulous people to earn four dollars, “emphasizes El Chino visibly angry about the subject.

By being unpredictable and beautiful, the cocks have been found in the Cuban countryside a cultural tie impossible to break. Maybe that’s why it is permitted, even though everyone knows that generates bets and that has been built around a microcosm living expectantly on the edge of the pen.