The news was released by the Europa Press agency, in whose report, citing Spanish government sources, it said that García had landed in Madrid with a tourist visa. 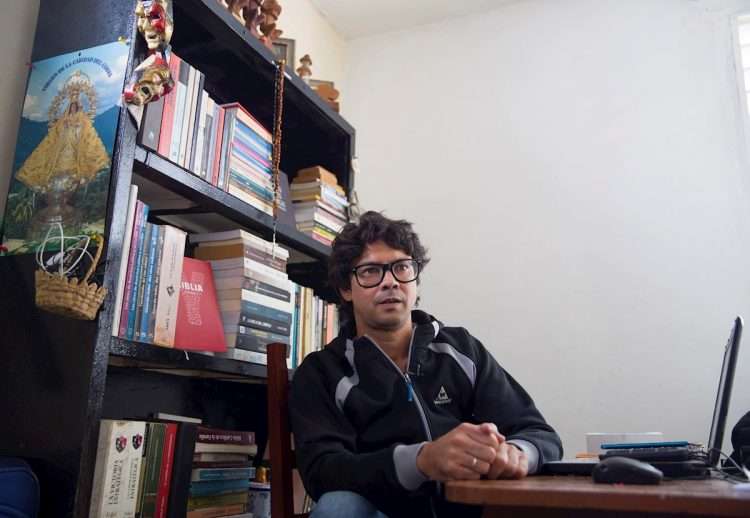 Cuban playwright Yunior García, leader of the Archipiélago opposition group, speaks during an interview with EFE at his home on November 9, 2021 in Havana. Photo: Yander Zamora/EFE.

Cuban artist Yunior García, the main promoter of the marches called for last Monday the 15th with the purpose of demanding a political change on the island, landed in Madrid this Wednesday, sources of the Cuban dissidence in Spain confirmed to EFE.

Government sources in Madrid reported to the same agency that García arrived with his wife, Dayana Prieto, on a commercial flight.

The Spanish newspaper El País, for its part, confirmed with Spanish diplomatic sources that the activist’s departure took place at his “own request.” Discreet arrangements had been made for days for García’s trip, who had a valid “long-term” visa to enter Spain, this media revealed.

Yunior García, 39, was in his home in Havana throughout the whole of this Monday, blocked by an act of repudiation and police agents. The windows of his apartment were covered with Cuban flags since Sunday.

The news of his surprise trip was released in the morning by the Europa Press agency, in whose report it said that García had landed in Madrid with a tourist visa.

A representative of the Cuban government assured EFE shortly after that the Cuban authorities “have nothing to do” with García’s departure and considered that the activist had processed the visa on his own.

Meanwhile, and according to El País, sources close to the artist said that his decision to leave Cuba was due to the “brutal police pressure suffered in recent weeks,” intensified since the announcement of the call for the march.